As far as milestones go, booking a slot on the US late night talk show circuit means you’ve all but ‘made it,’ and Canberra-based musician Genesis Owusu didn’t disappoint. Making his late night debut on The Late Show With Stephen Colbert on Saturday, the Aussie artist performed a live version of ‘Gold Chains,’ the single from his ARIA-winning debut album, Smiling With No Teeth.

Donning his signature red blazer and backed by an all-star band that included Touch Sensitive and Julian Sudek, Owusu belted out a regal rendition of the smash hit, which has garnered extra praise after being named as one of Barack Obama’s favourite tracks from 2021. The performance comes after Owusu’s clean sweep at last year’s ARIAs, where he collected trophies for Album of the Year and Best Hip-Hop Release.

This year, Owusu will hit the road as part of his massive Australian tour, enlisting his Black Dog Band for a four-date string of headline shows in March. Now with a stack of ARIAs, praise from a former president and a late show performance under his belt, Owusu’s 2022 tour will be his biggest to date. 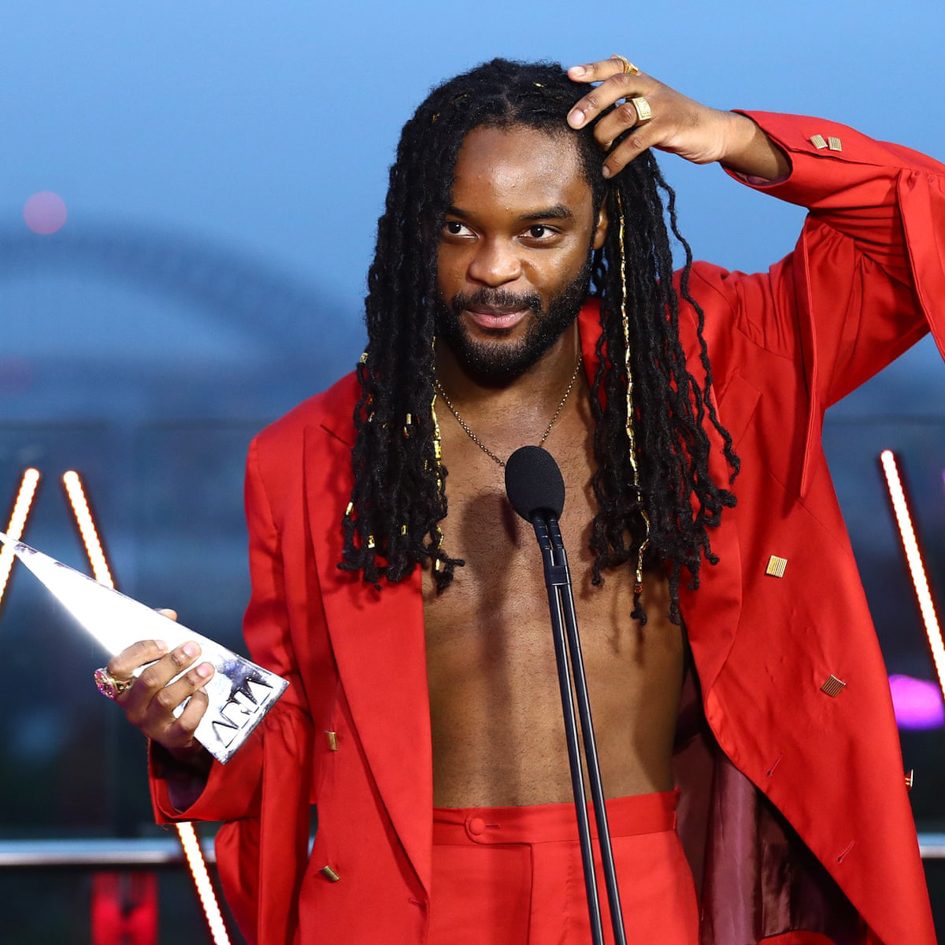