If there’s any edition of Frames that’ll get you in the mood for summer, it’s this one.

Brought to you from the sunny coastlines of New Zealand, Rambo Estrada’s shots are about as picturesque as you can get. It would be fair to call Rambo a beach bum, having grown up on the east coast of NZ’s North Island and now spending his winters along the Gold Coast. The resulting portfolio feels like a summer-time road trip, taking you everywhere from Maketu’s pristine headlands to the isolated corners of Chatham Island.

What began on a discarded Ricoh film camera (which Rambo now admits he used for “dorky B&W portraits of [his] friends”) has since become a 15 year-long documentation of the world’s best waves. The movement of the ocean- whether it be a white-tipped crest or a smooth barrel- is the star of Rambo’s work, and while it may look like the picture of tranquility, there’s a precise science to capturing the perfect set.

“Oddly enough one of my favourite aspects about photography is the exposure triangle…I’m a math nerd and just love all the numbers…I get a kick out of attempting to take a photo that uses all 3 variables as economically as possible,” Rambo says.

While the ocean is Rambo’s undeniable muse, he’s just as interested in the surrounding environment that accentuates it. In one shot, a couple of seals observe the rolling tides from the shoreline, and another shows a surf van parked eagerly on the sand. These shots broaden Rambo’s beach-bound focus, without sacrificing the predominance of the sea.

“I spend a lot of time running around changing my shooting location to position other interesting elements in the frame to complement the waves… I’m fortunate to live in such a beautiful country so when I hunt out some nice clean waves, I like to build the rest of the photo around that,” he says.

Aside from his enviable travels (which once took him to “an isolated, super spooky” archipelago 800 kilometres off South Island), it’s the sense of commitment that Rambo enjoys most about his photography career.

“I love the dedication it takes to achieve a good surf photo. Trying to get that perfect combination of swell, wind, tide and light. It’s near impossible, but I love the thrill of the chase.” 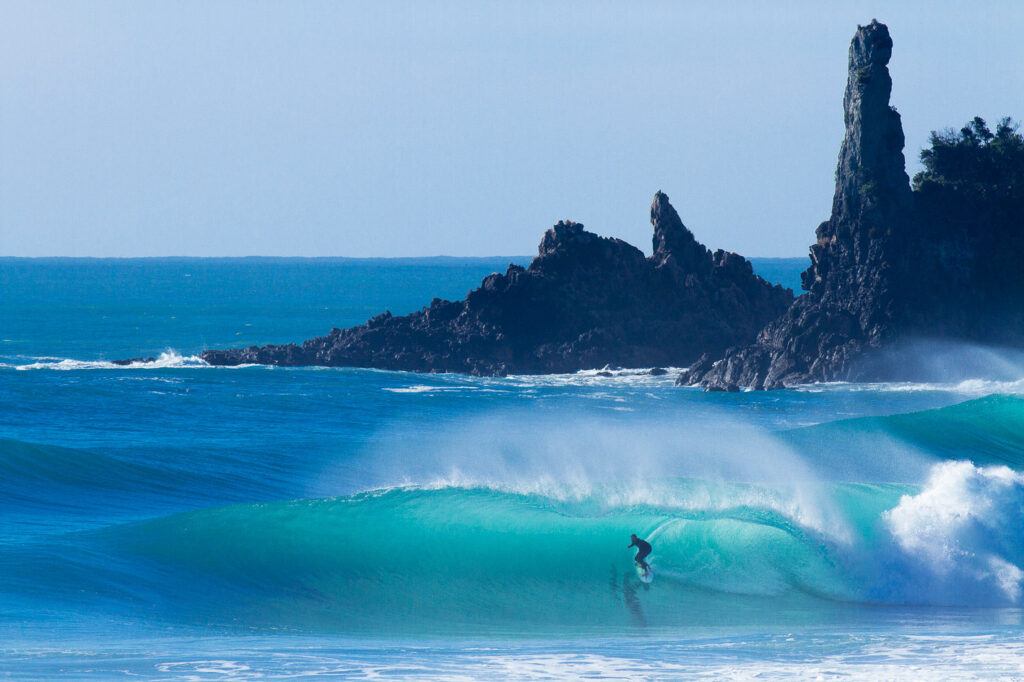 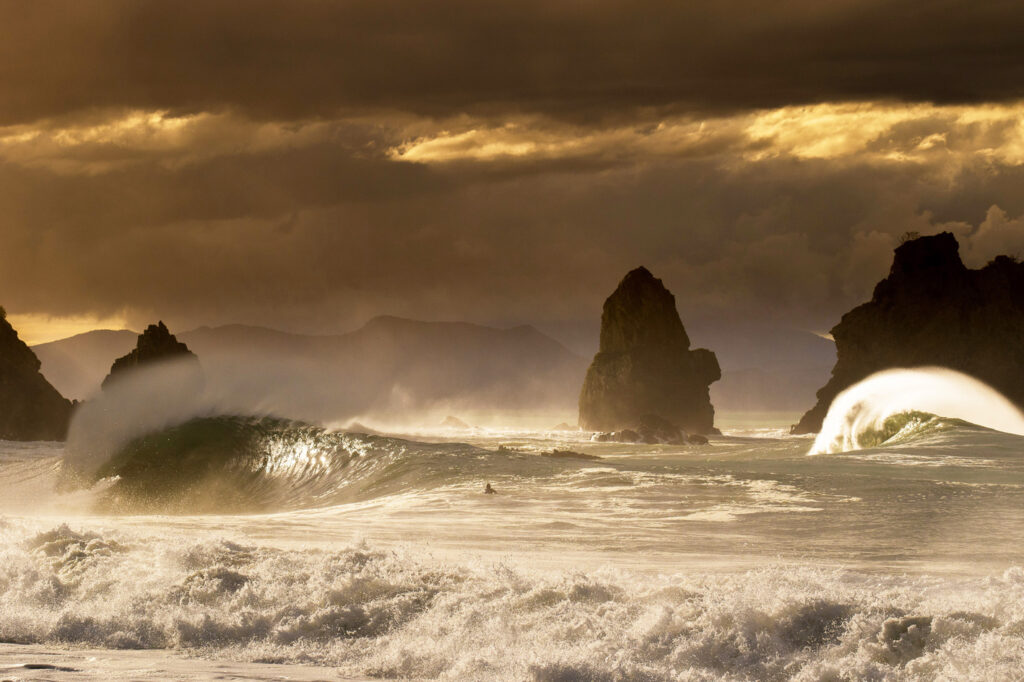 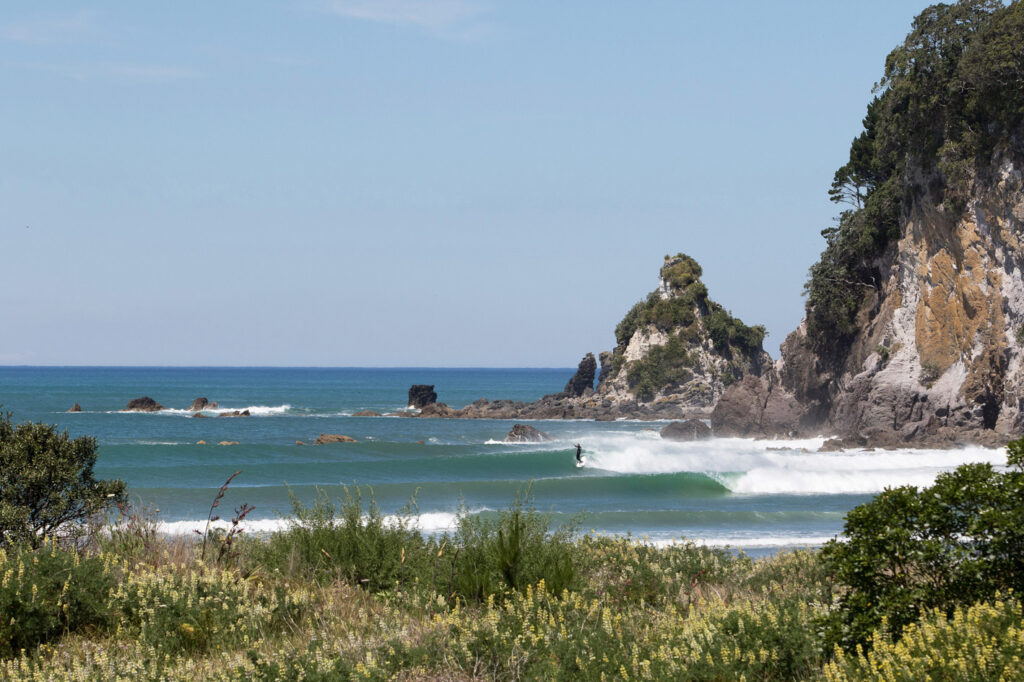 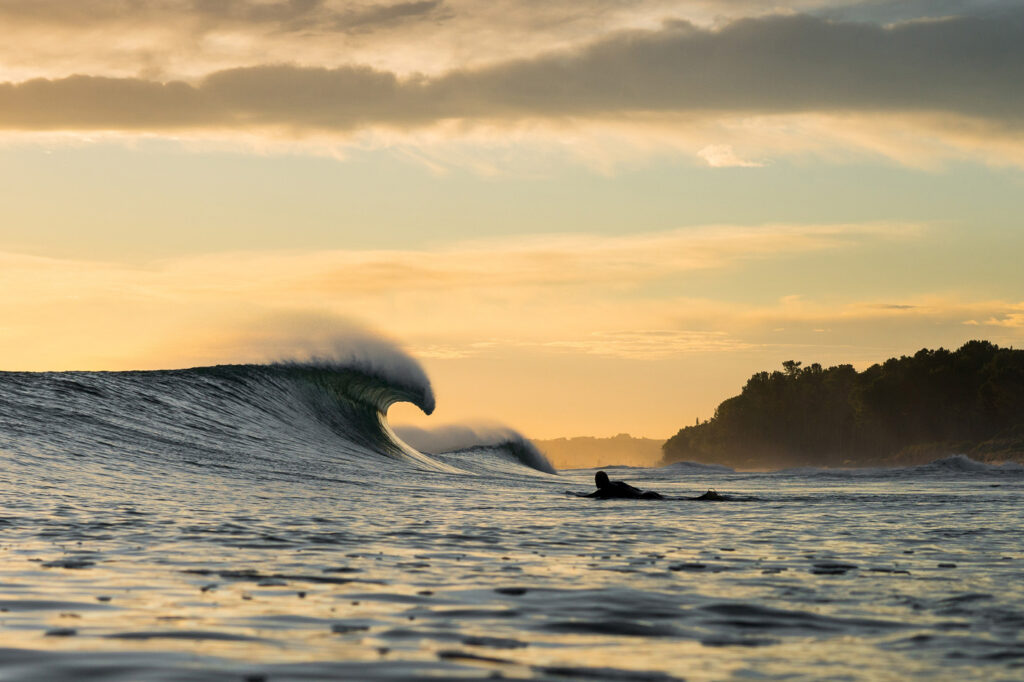 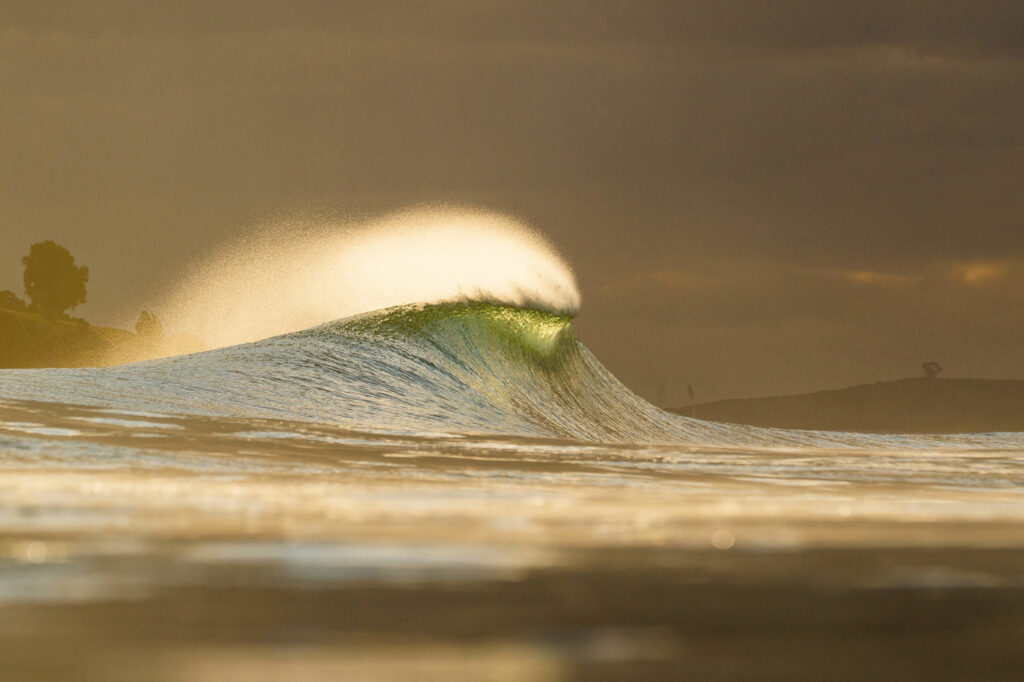 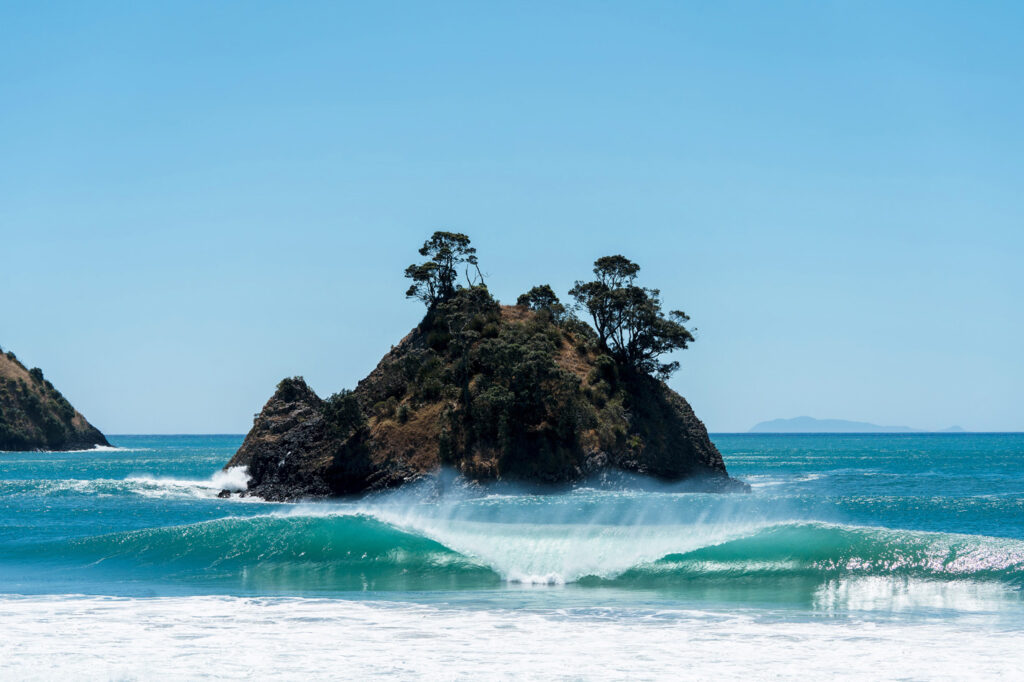 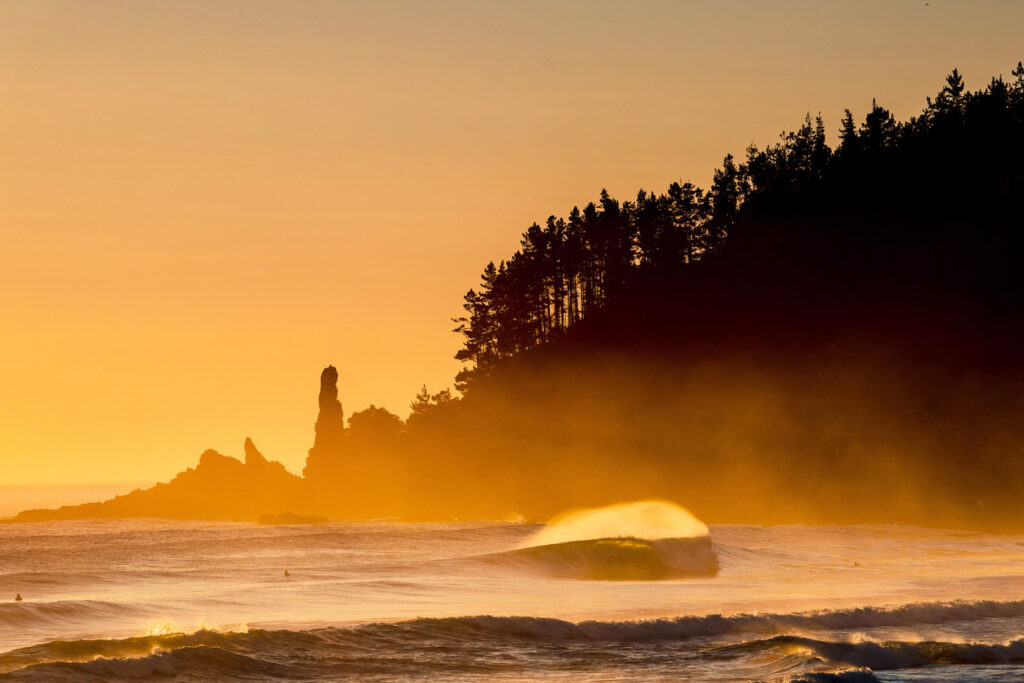 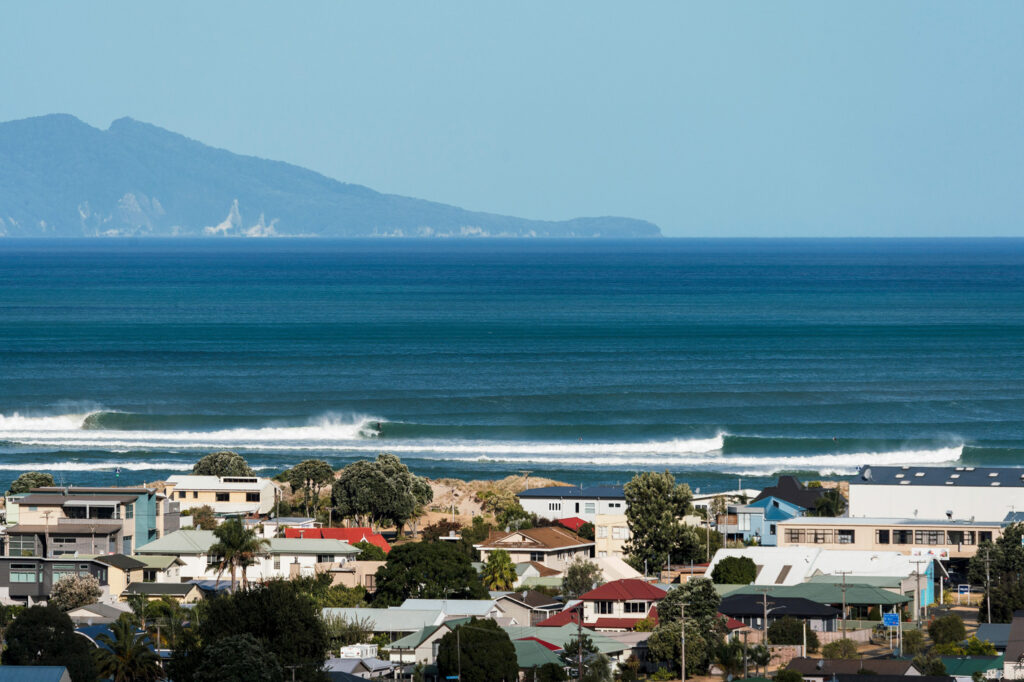 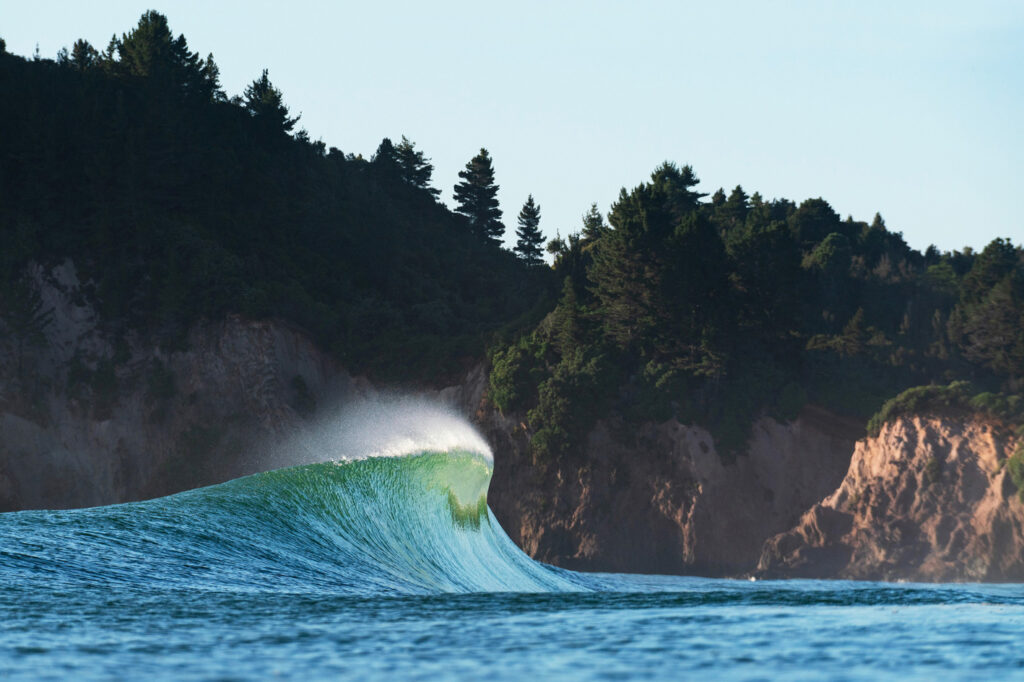 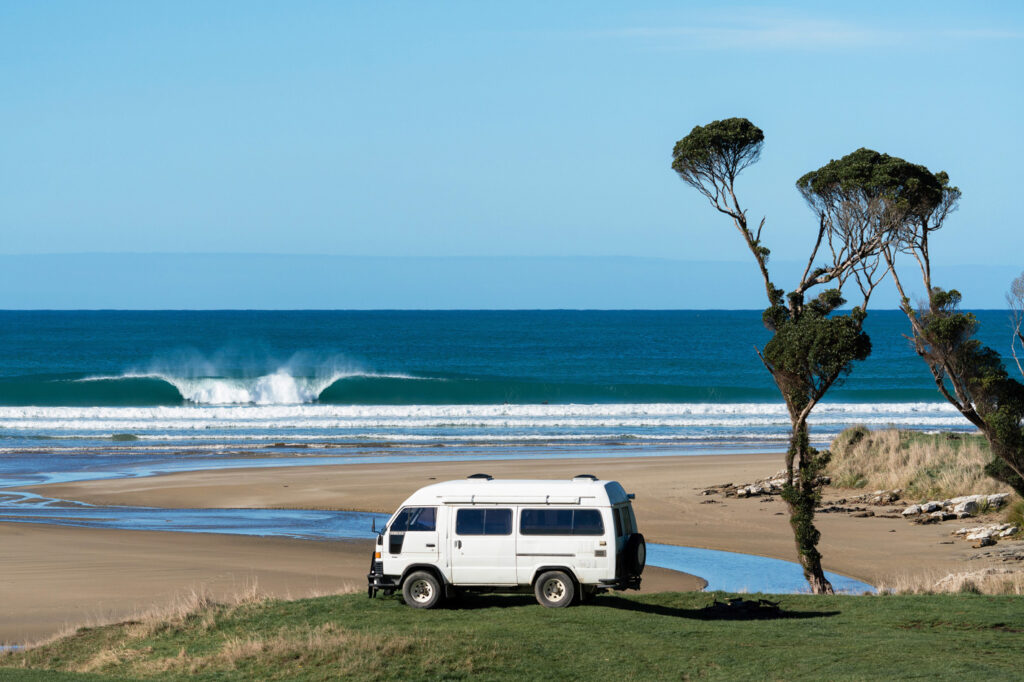 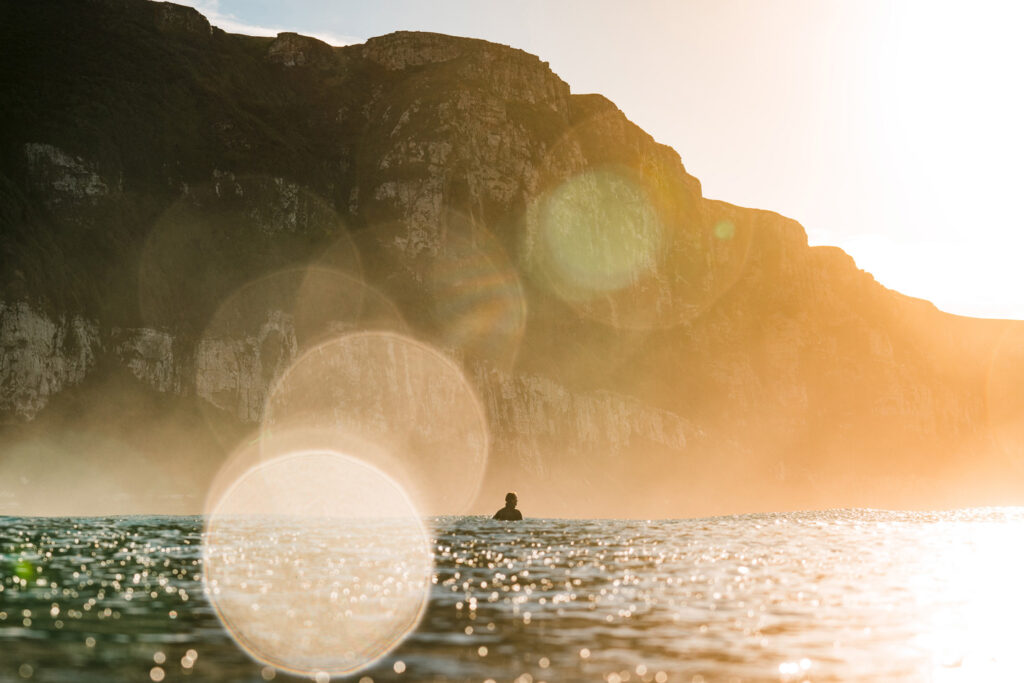 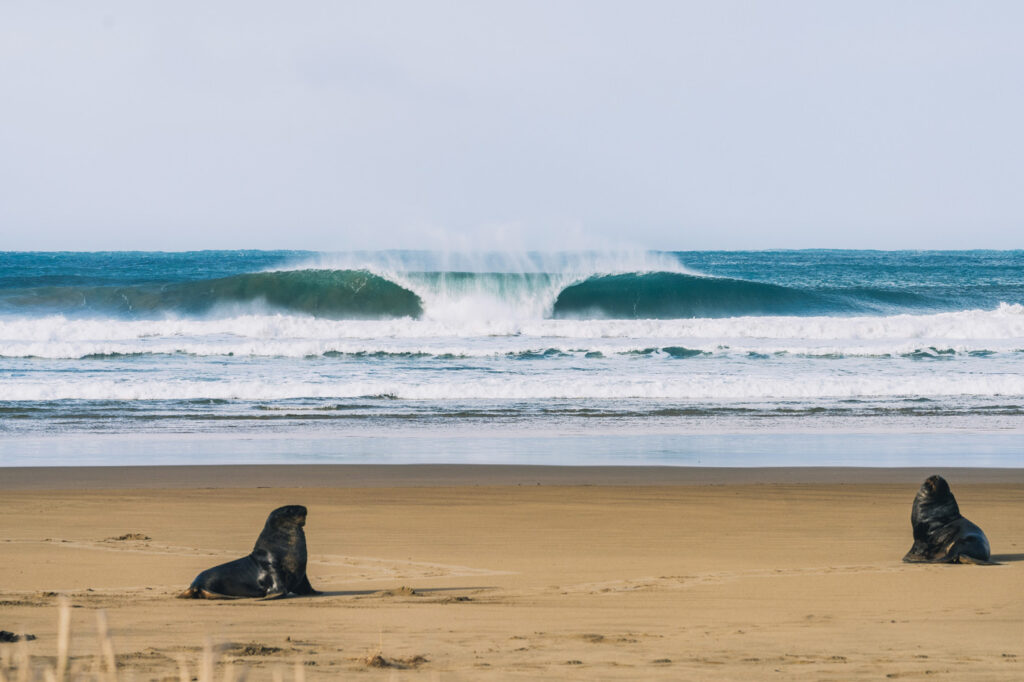 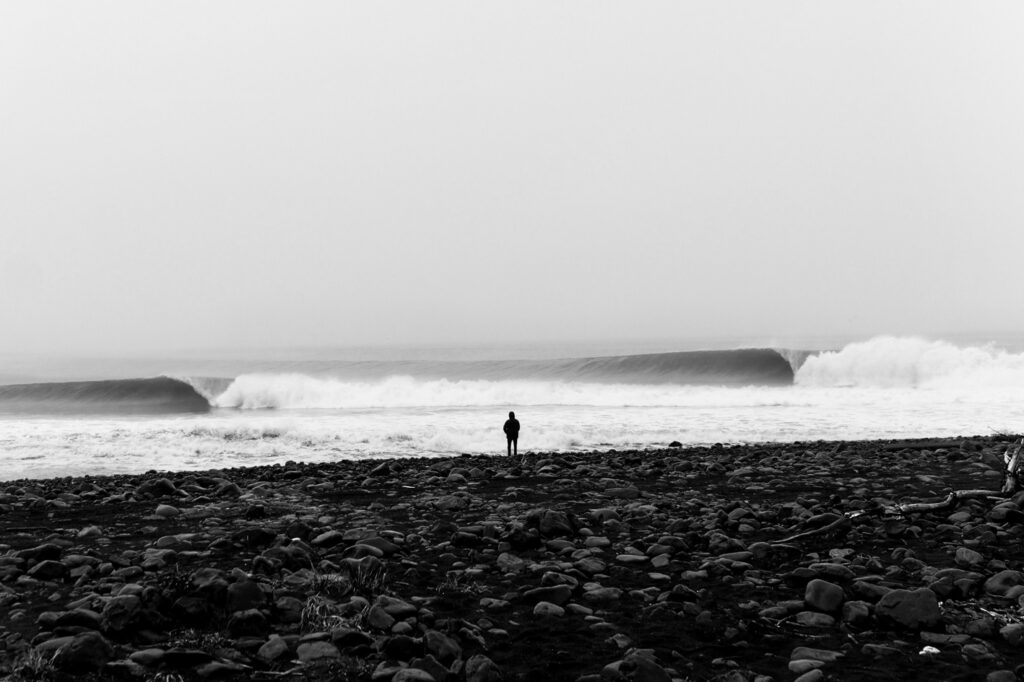 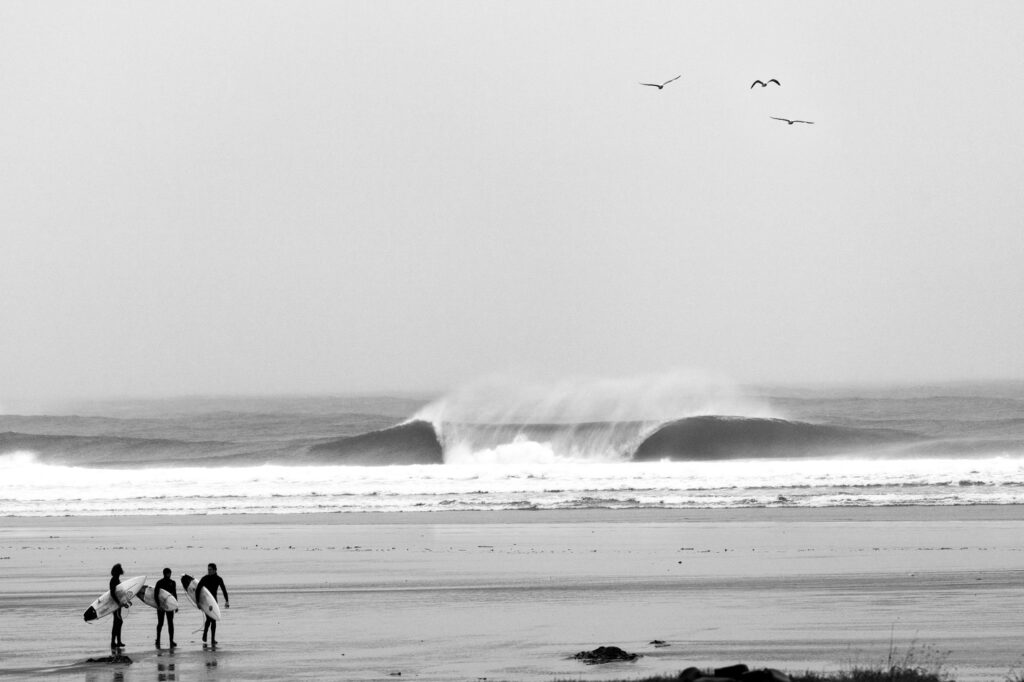 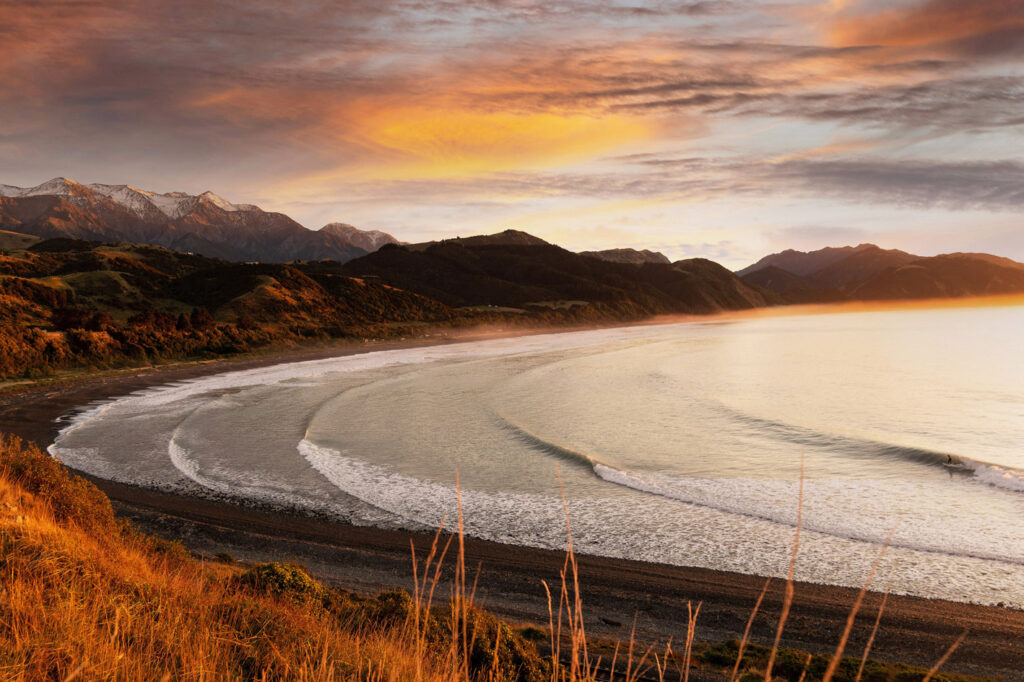 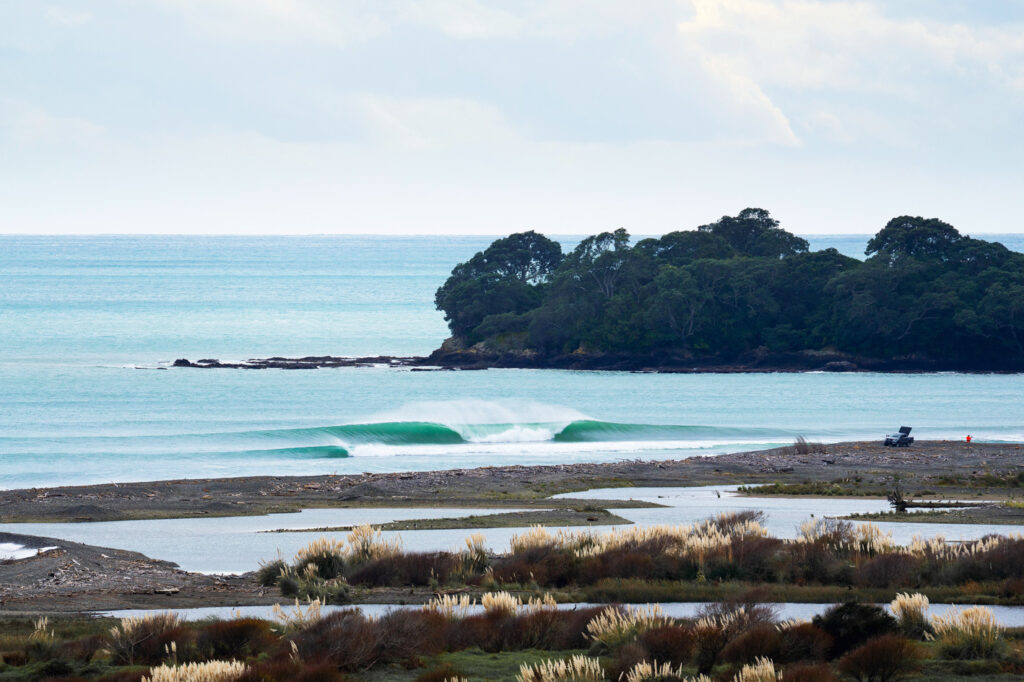 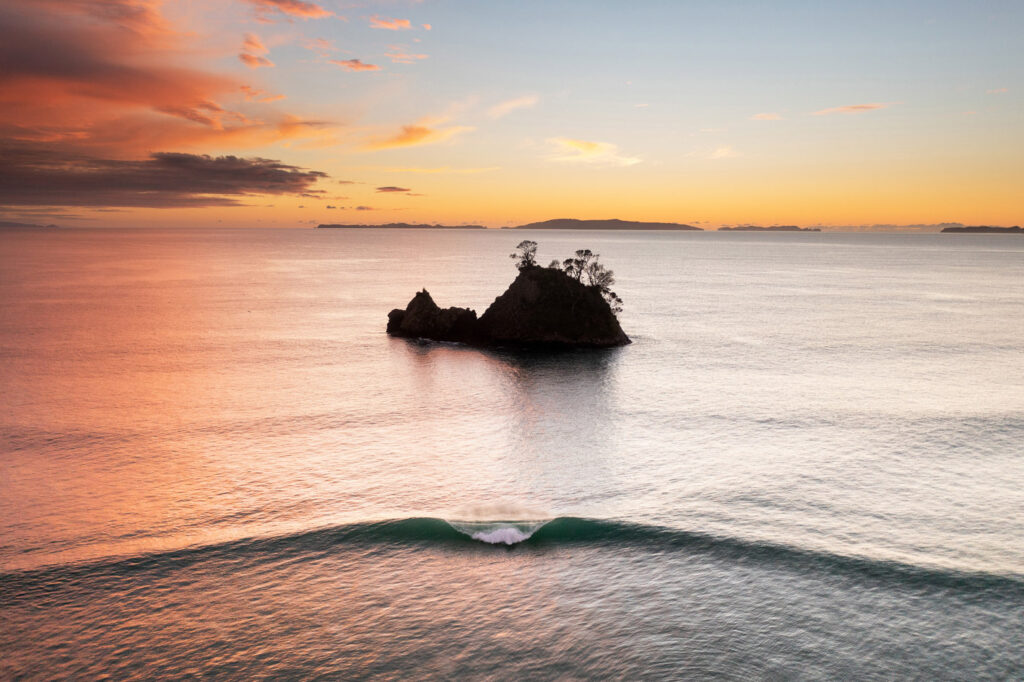 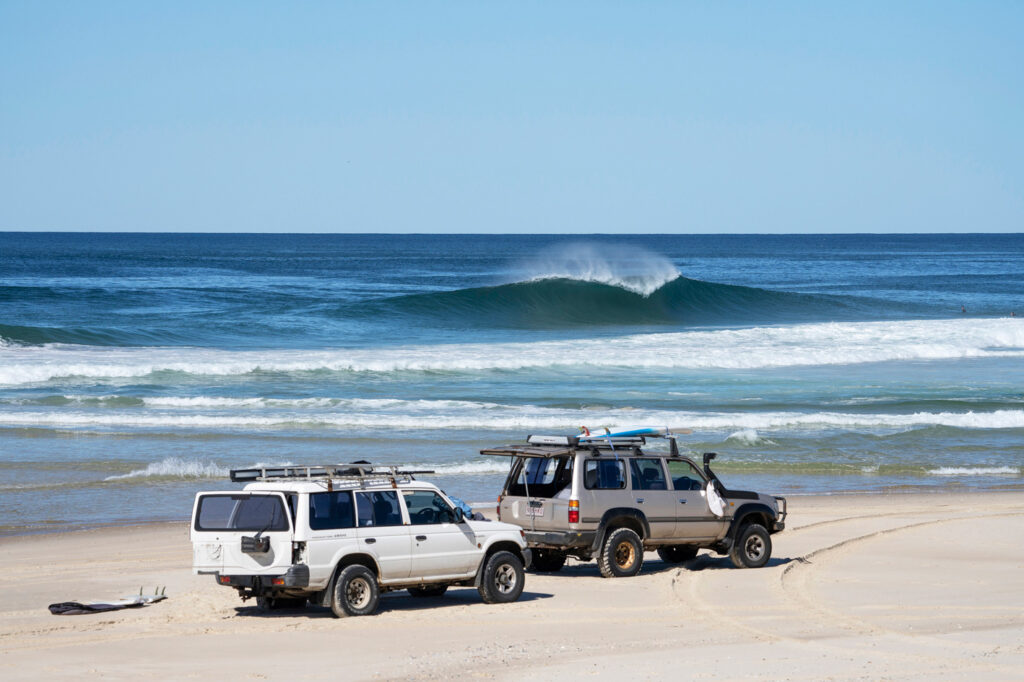