Centred around Houseago’s project WE, an art series centred around the concept of authorship, Pitt’s collection consists of nine sculptures ranging from a large bronze coffin-shaped sculpture to a gunfight plaster panel, a miniature timber house and a series of candle holders. As for Cave’s works, the 64-year-old’s creations are comprised of 17 glazed ceramic sculptures that revolve around the Devil, in reference to his collection of Victorian Staffordshire Flatback figurines.

It might appear to be an unexpected venture for Pitt, but it turns out the 58-year-old has been trying his hand at the art form since his divorce from actress Angelina Jolie in 2017. It seems the fallout from the pair’s marriage served as inspiration for the works, with Pitt explaining, “For me, it’s about self-reflection. It was born out of ownership over what I call a radical inventory of the self. And getting really brutally honest with me and taking account of those I may have hurt and the moments I’ve just gotten wrong.”

No doubt it’s a surprising update hobby for the leading man. It looks like it won’t be getting in the way of his film career, however, with Pitt set to reunite alongside Ocean’s 11 star George Clooney for what’s reportedly a sequel to the beloved heist franchise. No word yet from the actors themselves on the rumours, but considering the frequency with which Hollywood reboots are popping up each and every day, we’re confident we’ll be seeing them reprise their iconic roles sooner rather than later. But for now, out the rest of Pitt’s works from WE below. 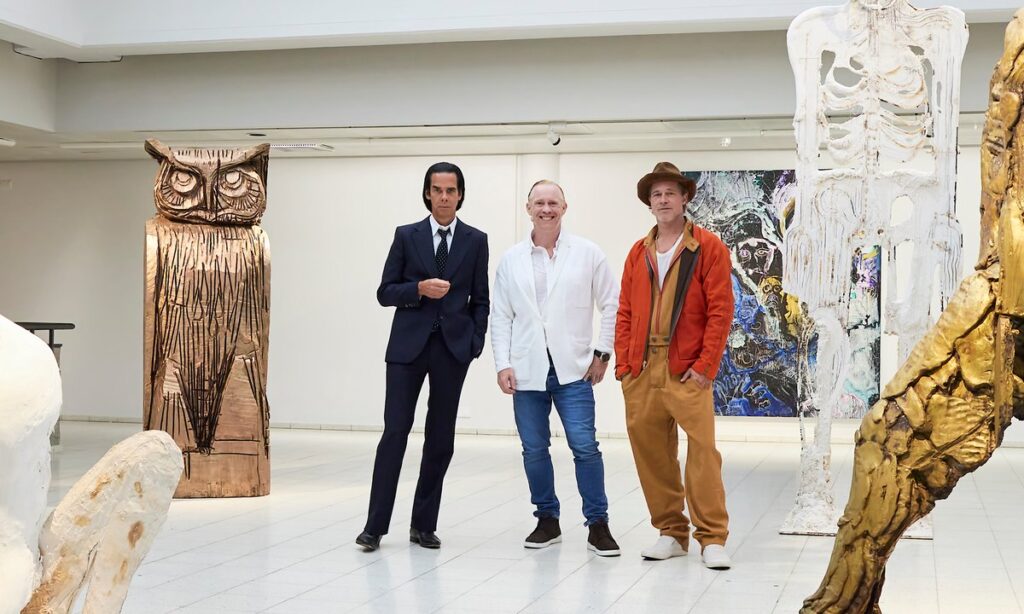 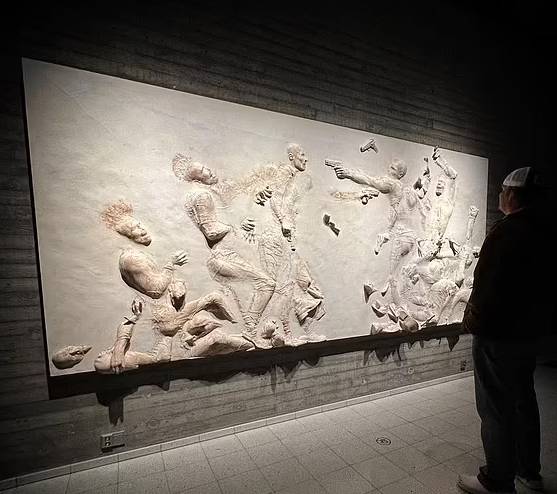 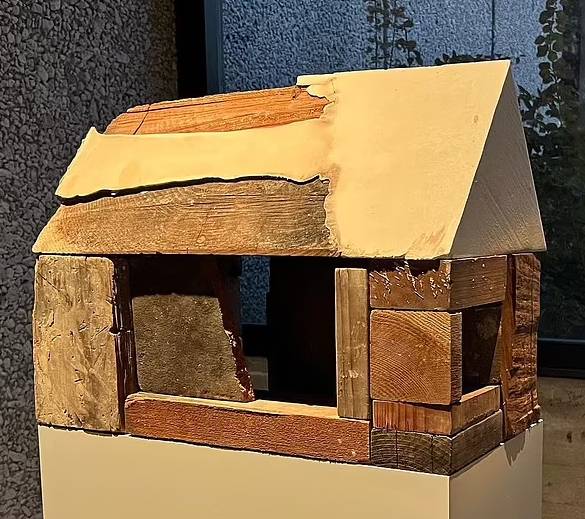 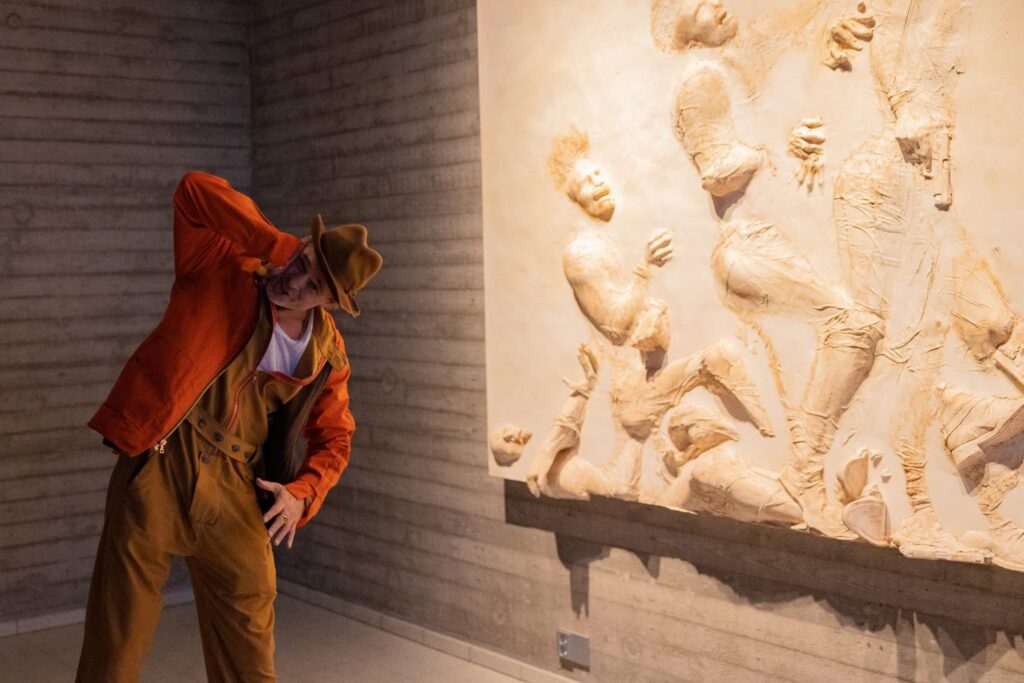 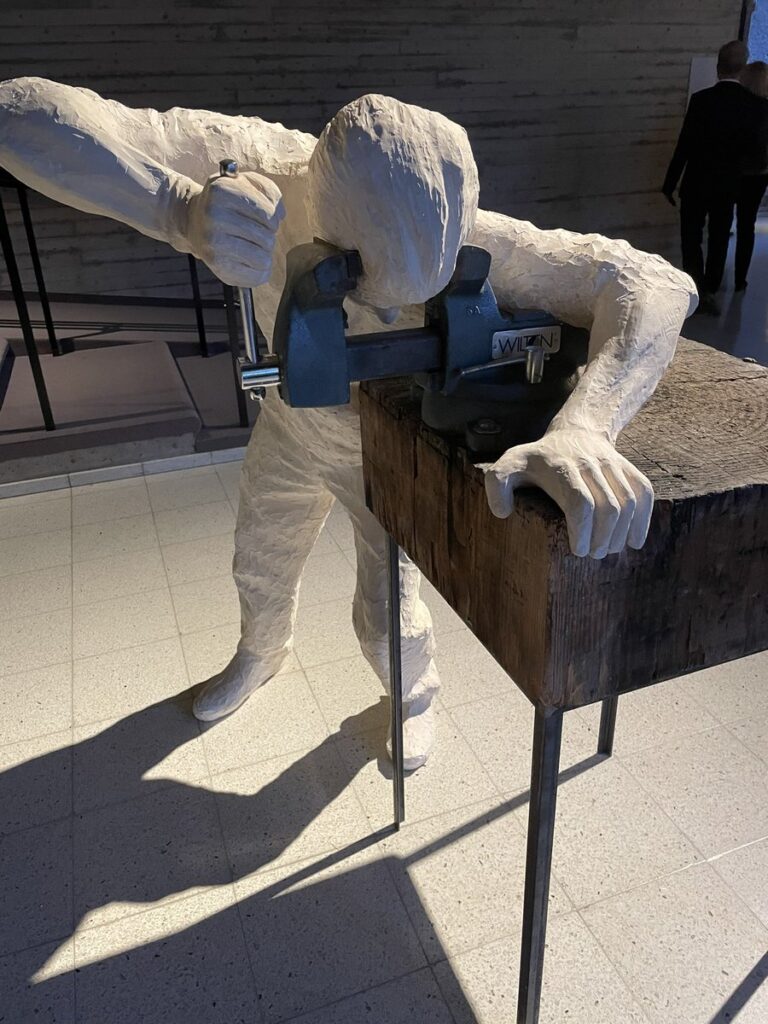 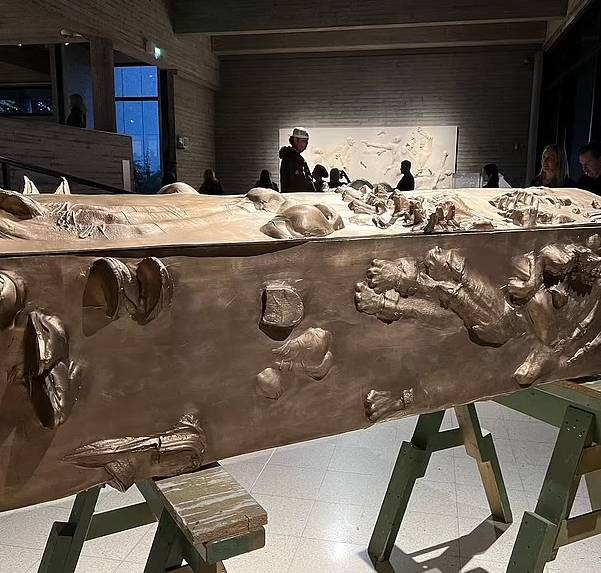