The best fashion brands have always been able to address thought-provoking ideas with tightly curated pieces. Garments become parts of an interweaving narrative, creating something that transcends the limitations of what ‘fashion’ is expected to be.

Alex Wu-Kim has done that with the debut of AISON ANDÉR.

The label aims at imbuing the pathos of the Asian Australian experience into its core message. Wu-Kim uses fashion as a way to initiate discussions of identity, empowerment and catharsis. For the Sydney based creative, this project is a deeply personal one. Bringing AISON ANDÉR to life allowed Wu-Kim to reflect on the hardships he and his family have experienced relocating down-under. As a third-generation Korean, he often finds himself figuratively looking back at his homeland’s cultural shores. While Wu-Kim’s lifelong journey of understanding continues, he’s aware it’s a path best taken together.

We caught up with the mind behind AISON ANDÉR himself to talk about how it all got started! Hi Alex, congrats on the debut of AISON ANDÉR! How does it feel for it to finally be out?

Thank you, my guy! Man, I must say more than anything, that I’m very, very relieved. In fact, right after I posted the launch film on IGTV, I just started crying. It had been such a long journey to get to that exact moment in time, so it was pretty overwhelming when it all came to life. For a while there, I thought it might never actually come out and it would just be another pipe dream.

The initial seed for AISON ANDÉR was sewn over 4 years ago. What initially inspired you to start the label?

A big part of me has always wanted to start a label ever since I was a child. And since that age, I would actually start iterations upon iterations of brands, but none of them really stuck. It’s pretty funny, I now look back at these old brands I tried to start, and you can really pinpoint exactly who you were inspired by and what you used to wear at that exact moment.

But throughout that process, what did stay with me was this desire to tell a story that champions the Asian identity and experience – that brings it to the forefront of people’s minds. So I grasped onto that desire, and slowly I began to build something that felt true to me. And as part of that, it was creating something that was more important than selling a product. It instead became the avenue for me to tell stories that are close to my heart. In your career you’ve always worked closely with the fashion industry, bringing major campaigns and activations to life. What was it like being on the other side, in terms of designing and producing the garments?

It was definitely very overwhelming at first. When I started this out, let me tell you, I wasn’t ready for all the ins and outs of the production process and what’s involved. Everything from creating the perfect tech-pack, getting the right Pantone colour, finding the right factory, the sampling process, and the list goes on! Doing all of this first-hand and by myself really did give me a better appreciation of brands, big and small, and how they’ve managed to get their ships in order. I definitely wouldn’t say mine is there yet, but I think I’ve made a good start and it’s been a great learning experience. Luckily, the campaign and branding side came a little more naturally to me, so at least I have that! 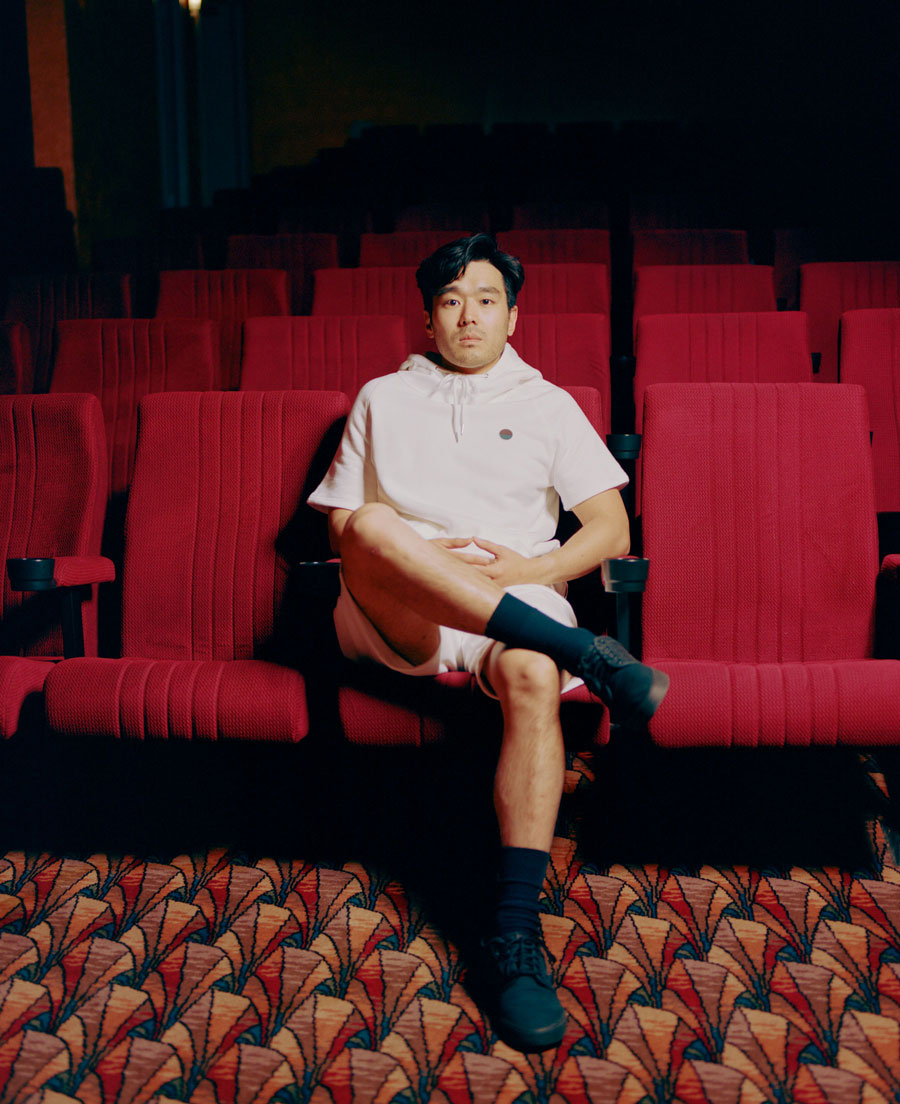 A big influence of AISON ANDÉR is your grandfather Kim Mun Shik, whose journey of migrating down under is an incredible one! Can you talk a little about his story and how it continues to inspire the brand?

The term AISON actually is a term that describes a prince that had been reduced to commonality – a phrase actually inspired by my grandfather and his life story. And I feel is something that a lot of migrant families can relate to in some shape or form.

So back in the early 60s to 70s, he was a renowned and very well-respected film producer in South Korea. Throughout that time, he was involved in a number of really successful films and was actually well known to be able to produce these films ahead of schedule and under budget. A producer’s dream!

One of his most famous films, ‘Love is the Seed of Tears’, which obviously inspired the title of my first collection, was a massive hit and really helped launch the career of not only the actors, but of Na-Hoon A who sings the theme track.

In the early 70s, Choi Eun Hee and Shin Sang Ok, two of his close friends and the leading actress and director at the time, were abducted to North Korea under the order of Kim Jong Il. He was a big fan of cinema and had always kept a close eye on his neighbours in the South. The South were really in a golden age of cinema and were producing some incredible films (and still are obviously), and wanted them to replicate this success in the North.

At the time, the move of Ms. Choi and Mr. Shin to the North was treated with a lot of suspicion and ultimately, seen as a defection by the South Korean government. History will since tell you that this definitely wasn’t the case, but that’s a different story. Unfortunately however, due to my grandfather’s close association with them, the South Korean authorities kept a close eye on him and eventually he was forced to leave the country with his family.

After a small stint in Hong Kong – him, his wife and two daughters would end up coming to Sydney to start a new life. He took up a series of more modest jobs including as a cleaner, hotel assistant, and a kitchen hand while raising his children to be successful in the fields of medicine.

It’s a story that makes me so appreciative and grateful but breaks my heart in equal measure. And it’s that spirit of his that I wanted to encapsulate in this brand and all that it stands for. 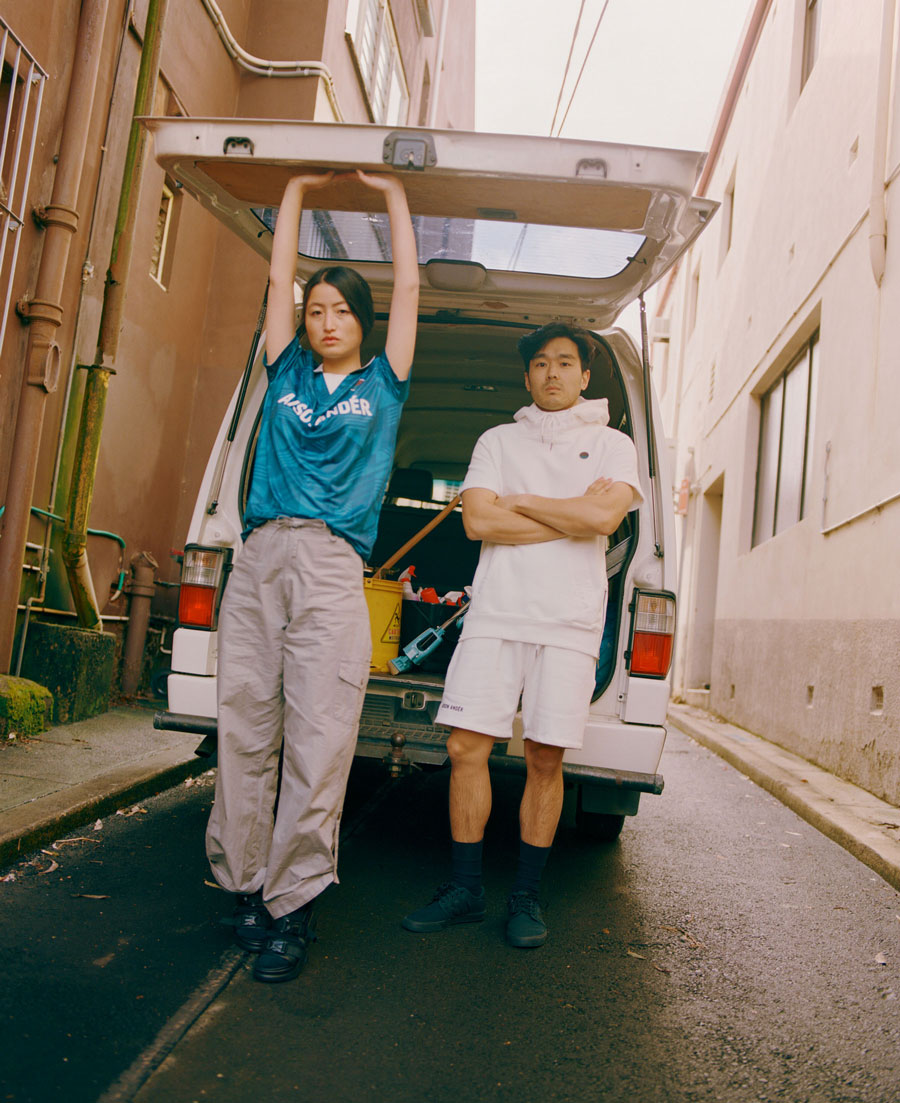 If your slate wasn’t packed enough, you also release a short film ‘Love is The Seed Of Tears’, lovingly paying homage to your grandfather and the film he produced a lifetime ago. What was the process like of making the film?

The process for the film was a very personal one. I probably started thinking about directing a film to launch the brand in early 2019. From that point, I knew that my grandfather was going to be the focus of the film, but I wasn’t quite sure how it was going to come to life. So to begin, I ended up interviewing him with my mum and that gave me a wealth of stories to draw inspiration from. This would later form the basis of the story and script.

From there, I put together an incredible team of people to bring this story to life. Shout out to Darren Luk, Tom Black, Daphne Nguyen, Alvi Chung, Jakson Gray and the full cast and crew! After a bit of pre-production, we shot this in August last year in the peak of COVID-19 which was definitely a little touch and go.

The most touching part for me however was recording my grandfather a few weeks later. It was probably the last time his voice was strong before his health started deteriorating. He unfortunately passed away while we were in post-production, so he never got to see the film which is devastating, but me and my family were so glad we were able to hear his voice one more time. This obviously made the film so much more important to me, so there was a lot of love and care that went into it and that’s what you see today!

We’ve been reminded again that violence predicated on racial prejudices is still alive and well – especially in relation to Asians due to recent events. I personally love the idea that part of the brand’s ethos is understanding and empathy. Do you have a message to anyone out there who’s is trying to navigate these confusing and scary times?

It’s been a devastating and infuriating time. And yeah, that’s the thing, I feel that what we need right now is more empathy and understanding towards one another – whether that’s your family, your friends or to complete strangers you’ve never met. It’s so, so important yet I think it’s something that we sometimes lack or ignore.

For anyone reading, I would say that it’s important to know that you’re not alone in how you feel. We as a community need to stand in solidarity and collectively, we must support each other as we navigate our way through this. So please, have conversations with those around you to share how you feel, reach out to your support networks, be with your loved ones, and where possible try find ways that you can take action – champion Asian excellence, donate to those in need, and share stories that educate and inspire. We’re in this together.

Huge shoutouts to Alex for taking the time to chat with us! Find more info on AISON ANDÉR, including the debut line ‘Love Is The Seed Of Tears’, here! Follow @aison.ander and @wupdewup.

Share this
Go On A Journey Of Understanding With AISON ANDÉR