Melbourne based artist Rel Pham (aka Terhor) was raised under the warm glow of CRT monitors, cradled in the soft leather of internet café seats.

In a way, Rel’s early relationship with the digital was so intimate you can say he was the first cyborg, a true real life Robocop.

That last line is just a little bit of a stretch (I’m not saying Rel isn’t Robocop, he could be in the future, who knows?) but the relationship between the virtual and actual is an idea that has thematically dictated Rel’s work throughout his artistic career.

Working between painting and illustration, Rel brings his conceptual ideas to fruition with a vibrant colour palette and a cartoonish expression, rendering images of digital iconography as crumbling statues and ancient ruins.

We asked Rel about his work, inspirations and the iconic gaming cornerstone Counter-Strike! 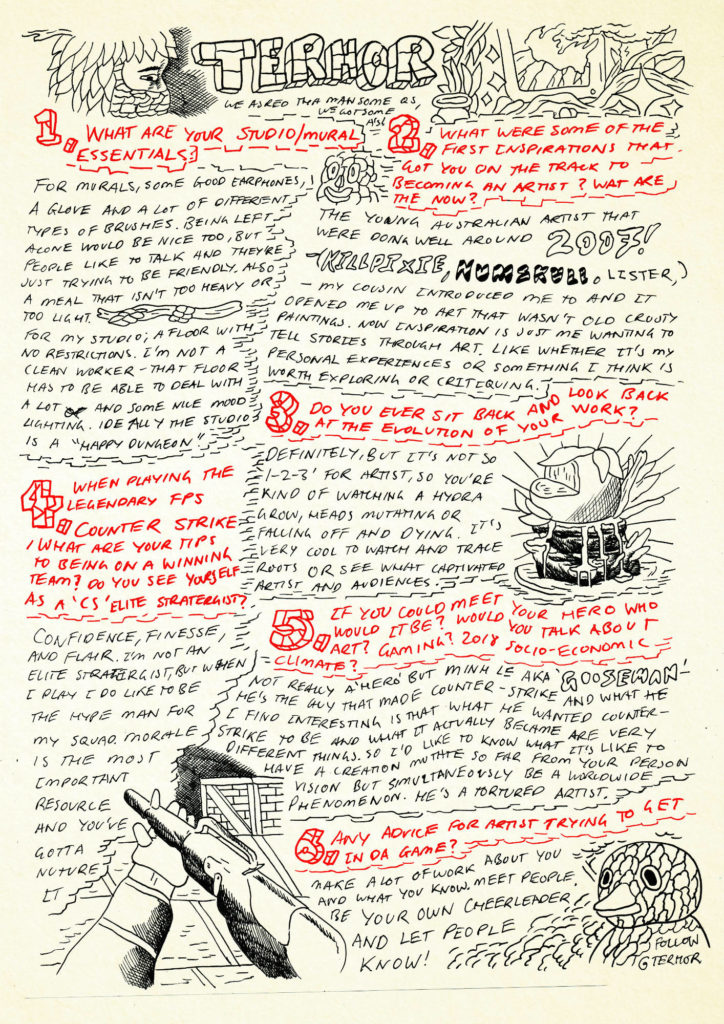 Open Waters! 🗻🚣 Mural collaboration with @zekeslunchbox – celebrating 5 years with her. Constantly inspired by her and so lucky have her in my life. 🐸💖🐸 #art #painting #streetart #mural

Share this
Illustrated Interview: Inside The Vibrant, Virtual World Of Melbourne Artist Terhor