It takes a specific type of person to be crowned “Daddy’s Little Bitch”.

If there’s anyone made for such a spicy title, It’s Japanese singer-songwriter Aisho Nakajima aka Aisho.

Born and raised in the sprawling Nagoya, Nakajima spent his youth years making silent discoveries about his sexuality. The culminated with him making the adventurous move to Sydney. Upon arrival, he became a citizen of Surry Hills, deep diving into the Aussie way of life and imbuing himself with a newfound sense of maturity. After two years spent abroad, Nakajima returned home to be reborn as a musician, adorning the alias ‘Aisho’.

Aisho has emerged as one of the most exciting artists coming out of Japan, and It’s easy to see why. He exudes confidence exemplified by his statue-Esque physicality and steely gaze reminiscent of a coiled snake – usually wrapped in lace, leather, or both. Just one look at his fierce disposition will leave you transfixed with mouth agape. However, it’s not all about looks. Aisho’s music blends a combination of hip hop and futuristic pop into an irresistible sound reflective of Tokyo’s neon-soaked nightlife. Singles like the steamy ‘Midnight Tipsy’ and his latest single ‘DLB’ are highlights in a taut yet richly diverse discography hinting at a sonically experimental future.

Aisho’s presence within Japan’s music industry is a welcome sign of the changing times. His uncompromised queer identity starkly contrasts the rigidity of his homeland’s conservative ideals for artists. Aisho acts as a beacon for inclusivity while filling dancefloors with sweaty club goers. The Tokyoite has been celebrated by publications and tastemakers VOGUE, GQ, i-D, NYLON, and many more. In a short period, the right people have already taken notice!

We caught up with the ‘DLB’ himself to talk music, Sydney, and plans for the future! 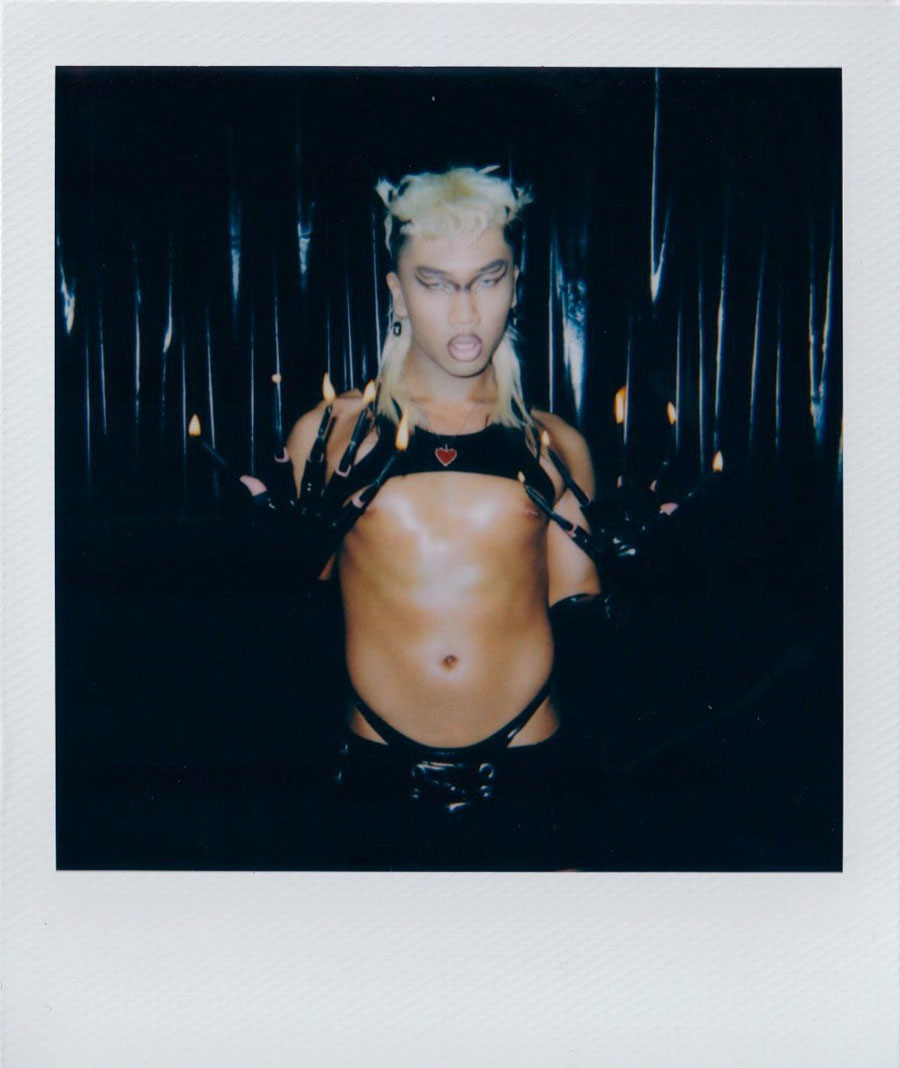 Taking it back to the beginning, how did you initially get into music and performing?

I grew up in the suburbs of Nagoya, Japan. I was homeschooled until the 3rd grade in a religious household and didn’t speak much Japanese until I started attending public school. I was questioning my sexuality around the age of 10, but i was more confused because i been told multiple times “gay people go to hell” as a kid. At that time the only thing that saved me was music.

Music was my hiding space, a way to escape from reality and create my own bubble. Music therapy is so real. Long story short, I want to give the same experience to others. especially to the new generation of the LGBTQ+ community.

I also heard that in the past you lived in Sydney for a few years! If so, what was your time like in Australia?

Yesss! I lived in Surry Hills for over 2 years! I moved after I graduated high school and my time there was amazing. Getting out of Japan for the first time, I thought I knew everything but obviously didn’t lol.

I worked mainly in hospitality over there. Made new friends, hobbies, and fucked around a lot. I learned so much living in Sydney. My mind, soul, and started to really understand how things work in this world. Your sound blends an energetic mix of hip-hop, R’n’B, hyper-pop, and more. How did you develop your electric brand of music?

Last year I dropped my first mini EP “Sleeptalk” with topics that cover Self love, Sex and long waited love. A bedroom pop concept that was based on my dream journal. Lyrics are based on things I would never say out loud, but only in my sleep. I already had the idea before dropping “Sleeptalk” that I wanted to do something completely different for 2022.

Almost a year ago I started writing “DLB” (Daddy’s Little Bitch) Based on my alter ego.

As soon as I started writing, I really couldn’t stop. A hyperpop/ hiphop/ PC music inspired track where I’m just trolling and talking shit. There’s also a continuation of DLB, which you’ll get to taste by the end of the year ^_−☆

To say that your aesthetic is breathtaking would be an understatement! Do you feel like your visual identity is just as important as your musical one?

Thank you so much! And 100% yes. I get to make music and imagine whatever visual I feel like then bring it to life! It’s sickening! For DLB, before I started writing I already had an image in my head where I was inspired by my Japanese roots for the visuals. Kabuki inspired makeup with glitter, glossy lips and ohaguro teeth. Weird shaped nails and blue contact lenses serving Harajuku vibes.

The lyrics of your songs switch between Japanese and English with effortless delivery. What inspired you to approach songwriting from a bi-lingual point of view?

When I first heard the beat, I already knew I wanted to put Japanese lyrics in the track. 『月に代わってお仕置きよ。可愛い愛章パパの赤子』Which translates to “In the name of the moon, I will punish you – Cutie pie Aisho, Daddy’s little baby” The first sentence is a saying from sailor moon and I added a little something at the end (=^ェ^=) The “moon” part will all make sense later. DLB is my alter ego. There is a continuation track where I introduce you to her by her name ^_−☆ 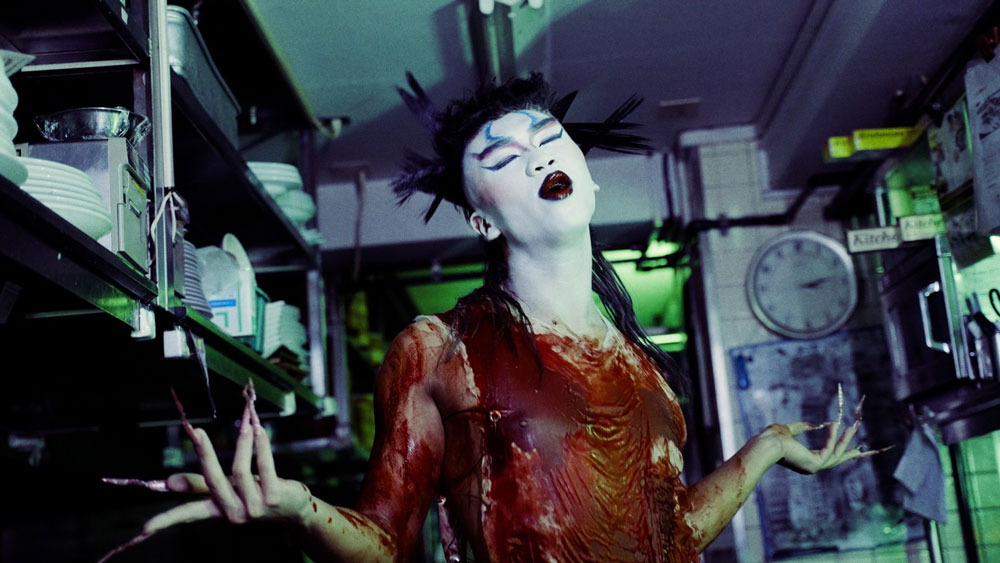 Back in 2021, you released your EP ‘Sleeptalk’, which was written, recorded, and mixed by none other than yourself! What made you decide to have such a hands-on approach to that project? Is that something you’d like to do more in the future?

I wanted to challenge myself. I’m usually always hands-on and picky with anything I work on. Especially music. But I always had someone to mix for me, record together and give me advice throughout the process.

For “Sleeptalk” I wanted to be in my own bubble especially because the concept was so personal to me. I didn’t know anything about mixing before I started on the project. It truly was a challenge but I’m glad I did because I got to know myself even more throughout the process.

Your presence within the music industry feels like a shift towards diversifying that image of hip-hop and pop, especially within Japan. Do you feel like J-pop/music is becoming a more inclusive space for artists? If not, what do you think needs to change?

I feel like the mainstream J-POP genre hasn’t really changed since forever but I don’t think it’s a bad thing at all. It’s our culture and the majority enjoys it. Hiphop/ Japanese rap has also been massive over here and I live for it. On the other hand, there are no openly queer artists here in Japan that I know of. There’s still a big stereotype about queer people here in Japan and that’s what I think needs to change.

Normalizing queer people exist is what needs to happen before anything and that’s what I’m trying to do through my music and artistry. 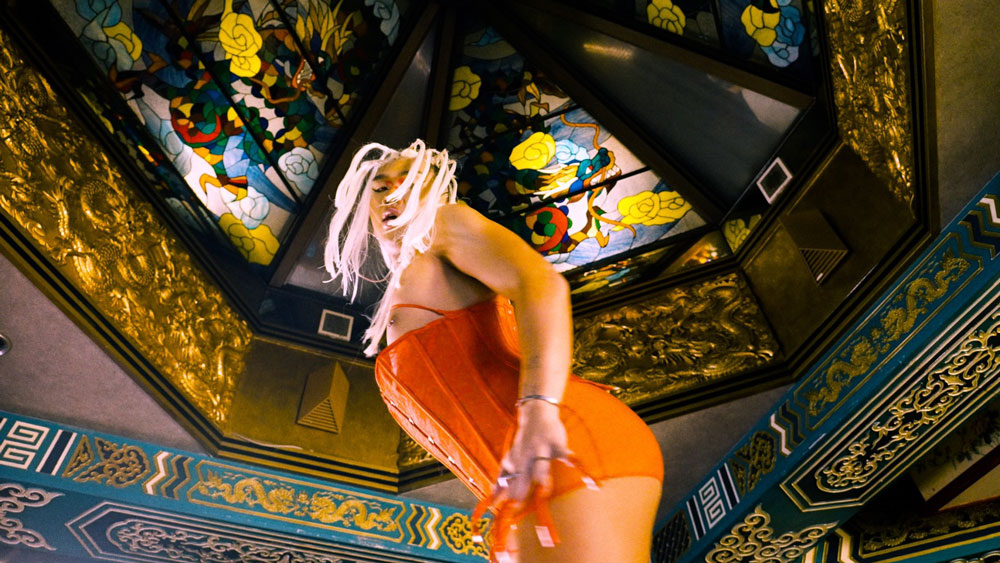 I have 2 more songs planned for the rest of the year and I am now working towards new projects and more music for 2023.

And finally, when can we expect you down under for a show?

Ahhhhh I’d love to perform in Sydney one day. It’s on the top of my bucket list. Let me know if there’s any sick events and I will fly over o(･x･)/

Special thanks to Aisho for taking the time to chat. Follow @aishonakajima. ‘DLB’ is available on all streaming platforms. Make sure to listen and try to resist!