Some pairings are so perfect we shouldn’t question and rhyme and reason behind them. Instead, we should sit back, applaud and chalk it up to the fantastic cards we have been dealt.

Melbourne based artist Julia of Zeke’s Lunchbox has become a one-woman walking institution for the wonderfully weird and beautifully strange. For evidence, look no further than her lovingly rendered paintings which detail images of otherworldly creatures and alien heartbreakers. Over her career, she has exhibited around the globe and worked with brands like Wix and Huion. In recent years she has taken to Youtube, garnering thousands of followers and over one million views. With all her successes, you might question what summit has she yet to reach? The answer, Zeke’s Arcana, a vision of the Rider-Waite tarot cards like you’ve never seen before.

The combination of Julia and Tarot is such a no-brainer it almost feels predestined. Across the train tracks of time, the two have been on an unavoidable cosmic collision course. The omnipresence of cards like The Sun and The Queen of Wands is reimagined through Zeke’s wildly kaleidoscopic eye of fantasy, kitsch and the unearthly.

We chat with Julia to talk about every Zeke’s Arcana! 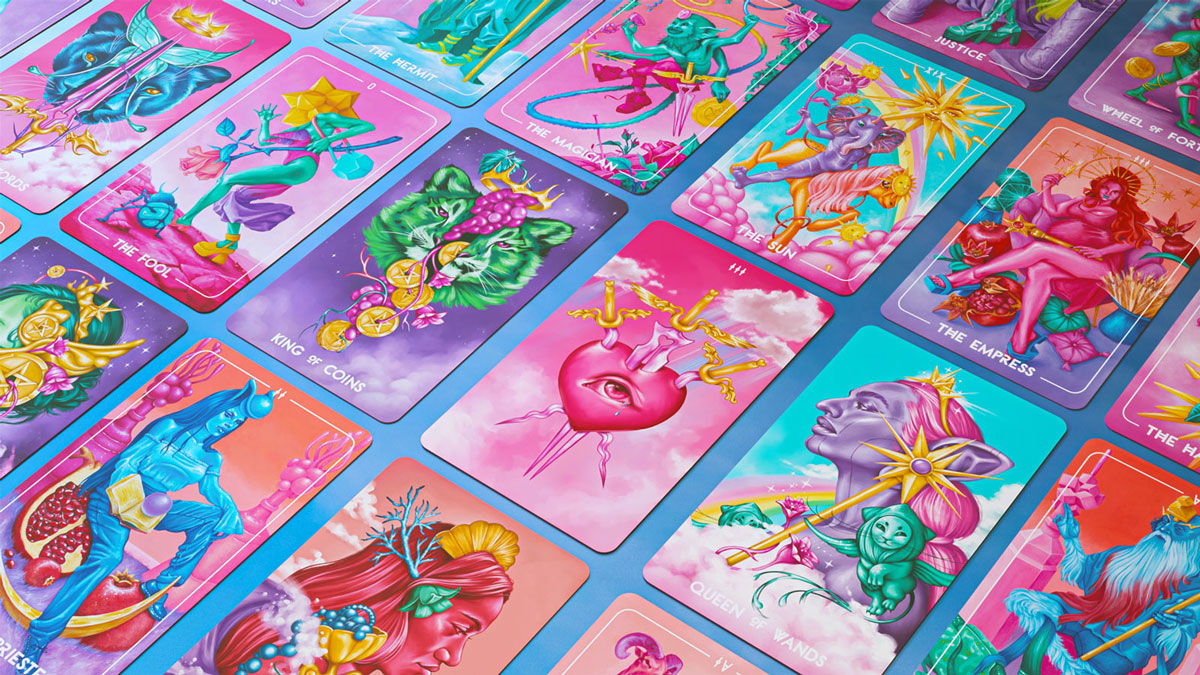 Hi Julia! First and foremost, how have you been?

I’m pretty good with all things considered in the world right now. Very lucky to be healthy and working! As long as there’s sun, I’m having a good day.

Do you remember your first tarot reading? What was the experience like?

My first and only tarot reading was when I was 16 or 17 years old. My friend’s dad who I just met did a reading and he was spot on! He talked about how I’m very lucky and things just end up lining up for me. Seems to be true so far, 15 years later, or maybe it’s just the mostly positive attitude! Either way, I loved the insight it brought. I had been pretty into astrology since then but tarot has been a new venture. 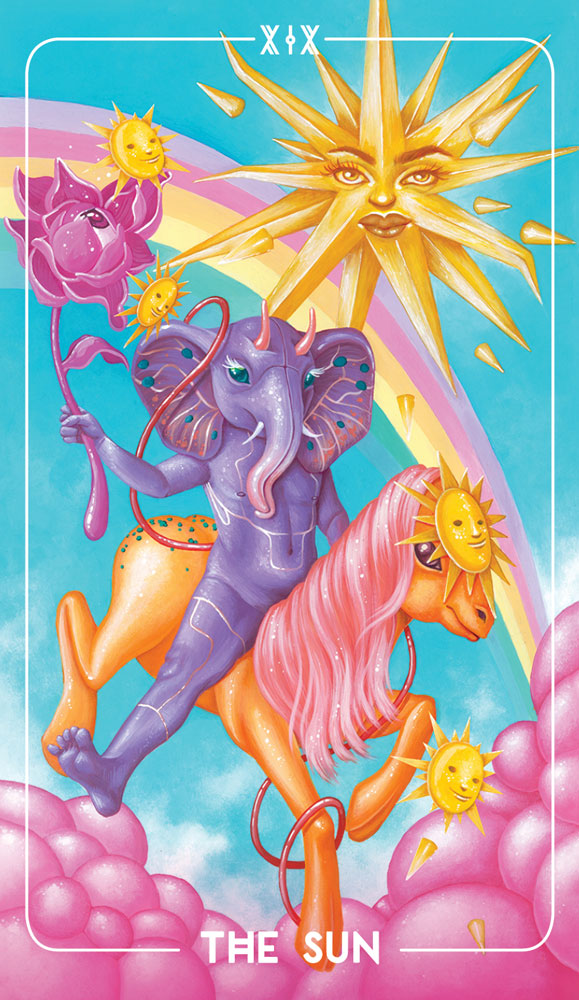 This project has been a long three years in the making. How did the idea initially start?

My tarot business partner Julian brought the idea to me. He had seen a few Kickstarters with tarot decks before and thought, hey why not try it out. The project bloated out to three years which wasn’t planned. We were totally naive! It’s an insane art project that has really pushed me as an artist, so I’m grateful. In that time there’s been a lot of demand from my following to get the deck done, so it’s been a strange bonding experience through glass with strangers.

What was the process like of reinterpreting Pamela Colman Smith’s original illustrations? Was there additional pressure to approach something so iconic?

Oh, pretty daunting! There are some cards that are so iconic you can’t change them. The three of swords is such a well known image, and something that’s been tattooed countless times. My only choice was to do the “Zeke” version.

I mostly researched the history of each card and thought about the overall lesson it was telling. That made the job a lot easier. Like each card was a little snapshot of a story. The way tarot uses symbolism is fascinating to me, the way some images have a universal language is something I want to carry on in future work. 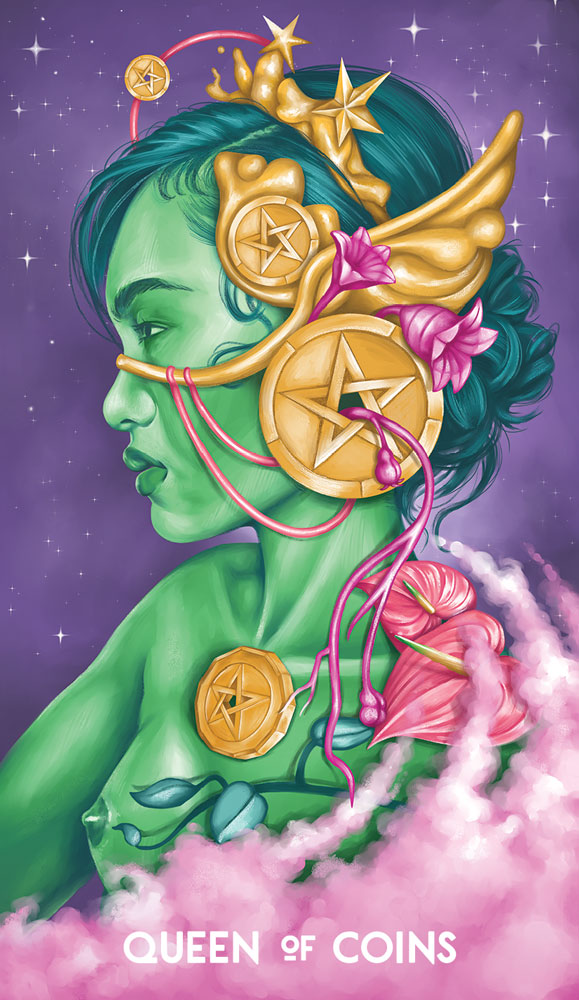 In recent years there has been a massive resurgence in the popularity of tarot, astrology and the zodiac, especially amongst online communities. What do you think this is due to?

Perhaps millennials and gen z are turning away from traditional spirituality and wanting something that seems somewhat away from patriarchal religions. I think there’s a massive movement of self care & mental health too. Tarot and astrology are nice approachable tools to look within. They make it fun, they’re a conversation starter. The rules are easy enough to pick up, all you need is a birthday haha.

I feel like many people still want to get into tarot and astrology but don’t exactly know where to start. Besides purchasing a Zeke’s Arcana deck, what would be the best jumping-off point?

Meme pages are probably the most approachable for the day-to-day. Twitter threads about astrology too. Those get heated, and they’re fun to read. Oh, and there’s a tiktok account called Symbolic Studies that takes an anthropological look at tarot that’s super interesting. Really wish I had that resource when making a few cards! 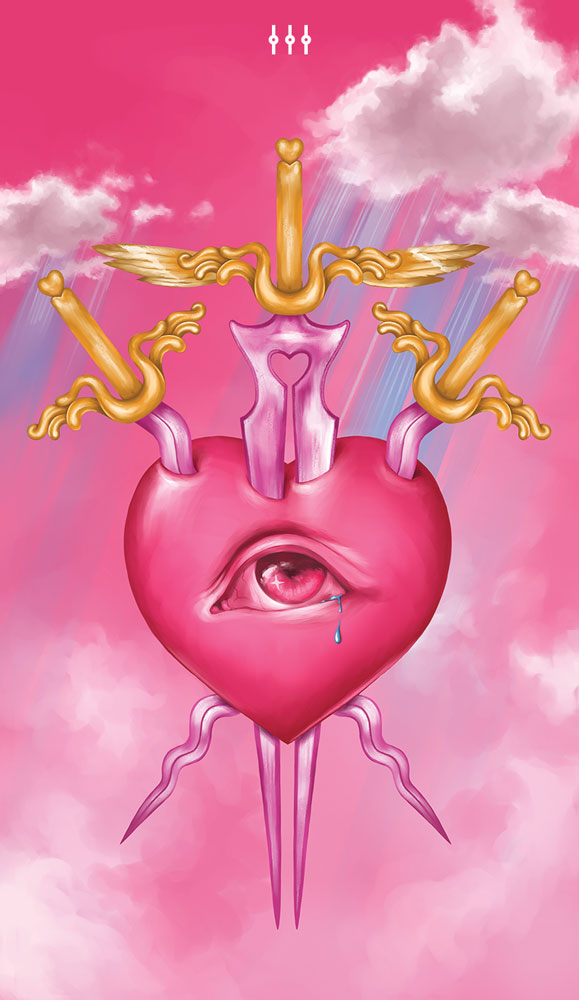 To say 2021 hasn’t been the best year for creatives would be a tad of an understatement. I believe seeing a project like this is incredibly inspirational in such an exhaustive and trying year. What advice would you give any creatives struggling with their self productivity or broad self-esteem?

Take it easy, try not to bash yourself for not doing “enough”, whatever that is. Consistency and small doses of creativity are more achievable in the long run. Learn to fall in love with the process of making! Focus on what you can control and let go of the rest. Can you paint something in your own time and enjoy the process? Can you organise your workspace? Can you back up those files on a hard drive?

I think the hardest lesson of all, is figuring out what success looks like to you. My values have changed so much with the pandemic, so it’s ok to let go of goals and except. It’ll happen when it happens.

You can support and keep updated on Zeke’s Arcana through her Kickstarter campaign. Also you can check out her Youtube series in which she recorded the three year journey of bringing the deck of cards to life. Check it out below!