For the uninitiated, this is the word that appears on WWE’s TV signature before an episode of Monday Night Raw, SmackDown, or any of the other plethora of programs that they have currently running. However, to pro wrestling fans the world over, “forever” is synonymous with cherished memories and a promise of good times ahead.

All video and photo assets courtesy of WWE

Just in case you weren’t glued to your TV sets in the 90’s or didn’t turn your lounge room into a makeshift ring growing up, World Wrestling Entertainment (WWE) is the premiere company in sports entertainment. For nearly seven decades, WWE has been a pillar of mainstream broadcast entertainment, acting as a colourful beacon of unadulterated joy to generations of audiences. This writer has vivid memories of seeing The Rock slide on his heels across the ring and plant The People’s Elbow on some unsuspecting jabroni, or spraying water from my mouth ala Triple H and having it disgustingly blown back onto my face.

In 2019, the WWE is more popular than it has ever been. WWE has over 800 million households around the world tuning in, and a social media following coming in at over a billion followers. Pro wrestling has firmly planted itself into the cultural zeitgeist and looks to be going nowhere any time soon.

No one has encompassed the world of pro wrestling more fittingly in the last few decades than WWE Hall of Fame’s Mark Henry. Beginning his career as a super heavyweight powerlifter, Henry would rack up huge athletic milestones including winning gold, silver, and bronze at the The Pan America Games in 1995. After being picked up on WWE’s radar, Henry would make his debut in 1996 as a part of the Nation of Domination and would go on to forge a career marked with moments and characters that still resonate in fans’ hearts around the world. 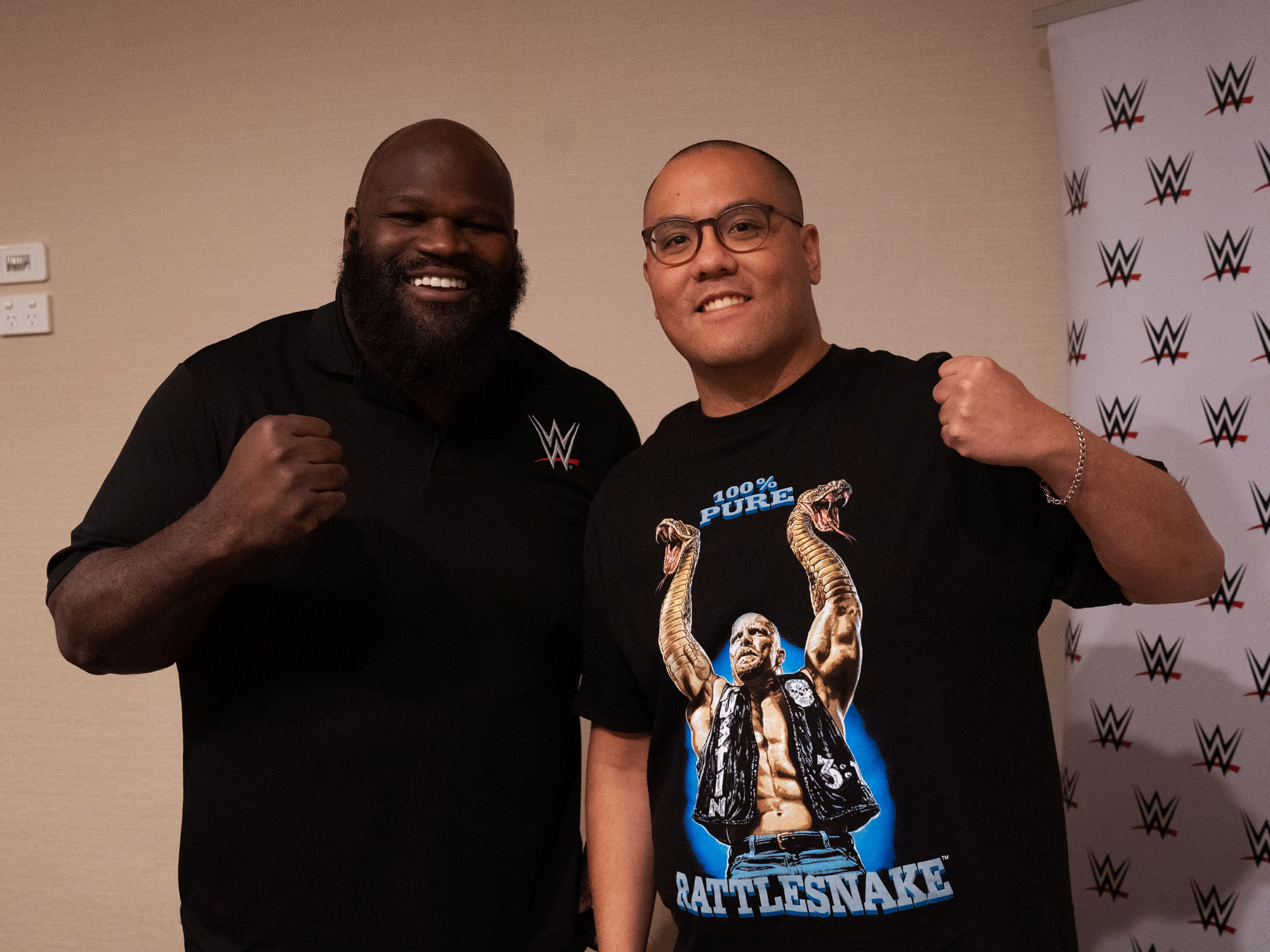 In talking to Mark Henry (my childhood self is still chopping my chest in disbelief), something he said really stuck with me. When I questioned him as to why he thinks WWE has maintained relevance after all these years, he calmly answered, “How many people have ever been rewarded? That’s the thing that makes WWE special.” For all of pro wrestling’s theatrics, athletics, and even absurd-ism, it’s always been about being collectively entertained. For one a moment, we can escape the realities and doldrums of our daily lives to come together in rejoice of seeing good prevail over evil… Whether it happens in or out of a steel cage is another question entirely.

Special thanks to WWE, the WWE Australia team, Ringside Consulting and TEG DANITY for
making this all possible!

WWE LIVE returns down under for three special events! Featuring superstars from WWE
Smackdown Live and NXT, don’t miss out on seeing a some of your favourite superstars
including Aussies Buddy Murphy and the IIconics (Peyton Royce & Billie Kay)! 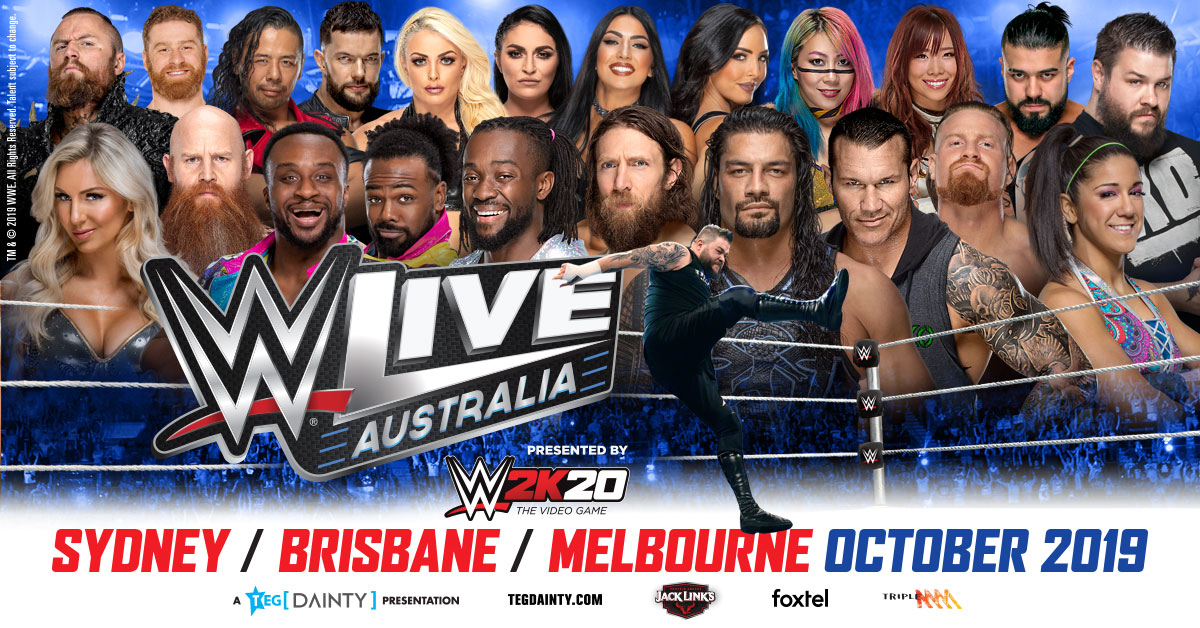