If you’ve spent nearly half of your paycheck on streaming service subscriptions (like me), then this week’s edition of Executive Decision will make it all worth it.

We’ve taken the guesswork out of your weekly viewing by straight up telling you what to watch, so the Netflix algorithm can suck it. Next on your watchlist? Quentin Tarantino’s 2012 film Django Unchained.

Set in the pre-civil war deep-south, Django Unchained follows a recently liberated slave who carpools across America with a fake dentist/bounty hunter. Along the way, the mismatched pair avenge racist landowners, reunite with long-lost loves and make some serious bank. Oh, they also leave a Pacific Ocean’s worth of blood in their wake.

Depending on who you ask, Django Unchained is Tarantino’s best (and his second-goriest behind Kill Bill), so here’s five reasons you should (re)watch the spaghetti Western mashup tonight.

Behind Jamie Foxx’s Django and Christoph Waltz’ Dr. Shultz, guns are a central character of this trigger-happy movie. Even though the resulting wounds are sometimes excessive (as if Tarantino squeezed a Heinz sachet from the bullet hole), the shootout scenes are some of Django’s most entertaining. There’s just something so triumphant about watching a bunch of racists being blown to smithereens (see below).

Sometimes you hear stories of performers going a little too far down the ‘method acting’ route (ahem, Jared Leto). Luckily, in the hands of Leonardo Dicapro, Django’s unscripted scenes are some of its best. During a climactic sequence, Leo was so character that he unintentionally shattered a glass, slicing his hand and offering the movie’s first instance of real blood. He must’ve smelt an Oscar, because Leo kept performing and the improv moment made the final cut.

Somehow, for a movie about the violence of racism, Django has its fair share of belly laughs. Perhaps the funniest moment comes courtesy of a cameo from Jonah Hill, when he joins an early iteration of the Ku Klux Klan who can’t understand their poorly-made uniform.

Sammy Jackson’s loyal house slave Stephen is evil incarnate. In fact, Tarantino later remarked that it was the only character he’d written who he truly loathed. Without spoiling too much, Stephen is a treacherous motherfucker, but he gets his just desserts. 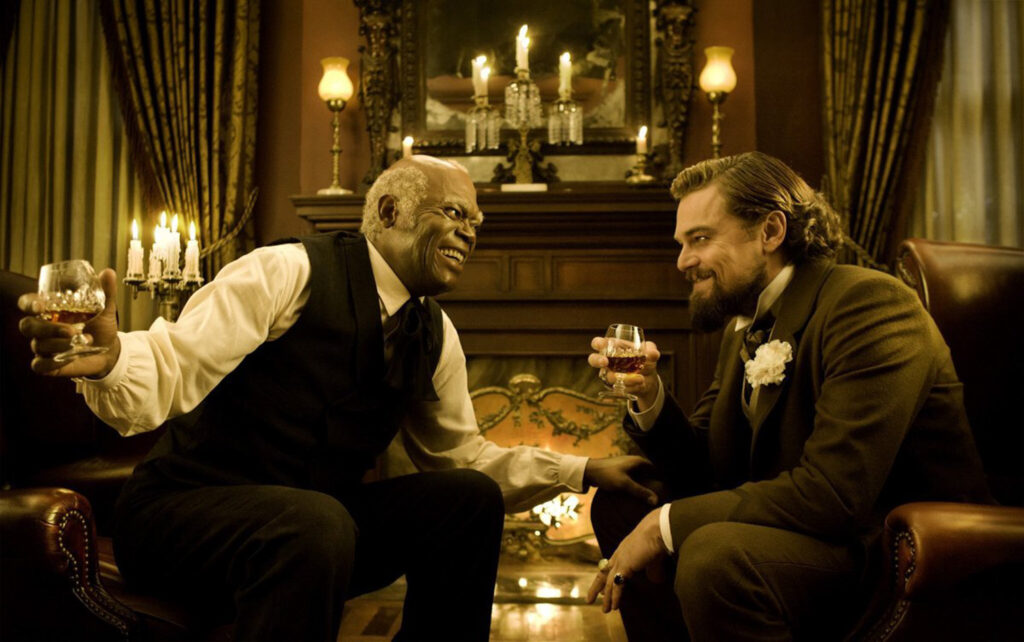 Cameo from the man himself.

Tarantino has made a cameo in almost every film he’s made, but it’s in Django that you realise why he’s more suited behind the camera. His accent feels a little off, but its always fun to watch know-it-all movie buffs eagerly point-out his brief but obvious appearance. With a head like that, he’s hardly missable. 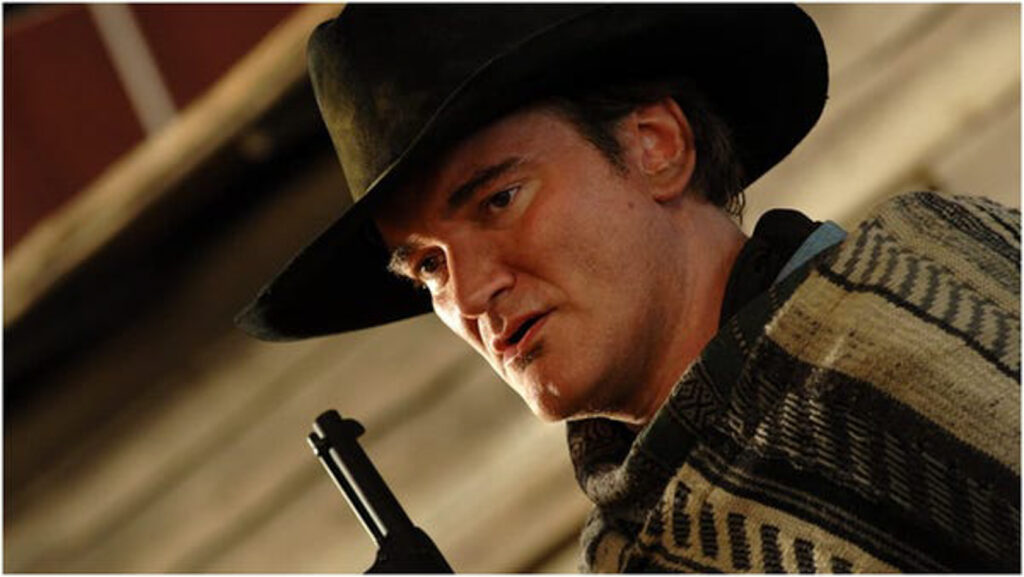