Make sure you get to Freshy this Thursday!

You might not have known that legendary Northern Beaches surf spot Freshwater Beach (along with all of the Manly Beaches) was recognised as a World Surf Reserve a decade ago. The stretch of coastline is widely considered the birthplace of the sport Down Under and has acted as a talent pool of Australian surfing, producing the likes of Layne Beachley, Barton Lynch, Snowy McCallister and more.

On Thursday, iconic Freshwater venue Harbord Hotel, Surfrider Foundation Australia and Freshwater Brewing will be linking up to celebrate this momentous occasion with a series of events that kick off in the afternoon. Starting at 4pm, there’ll be a beach clean-up, with young and old invited to help preserve the natural beauty of the place, before heading to Harbord Hotel where the night will begin…

At 5:15 attendees will be treated to canapes and delicious Freshwater Brewery pilsners, followed by an address from the Surfrider Foundation and the screening of a short film. Next, you can prepared to be serenaded by folky bluesman Kim Churchill, with the much-acclaimed singer-songwriter (and surfer!) bringing his globally adored sonic delights to the stage.

Tickets are $15 with every cent going to the Surfrider Foundation as well as all Freshwater Brewery beer sales going to the non-profit. Head here to read more about Save The Waves and head here to snap up a ticket now! 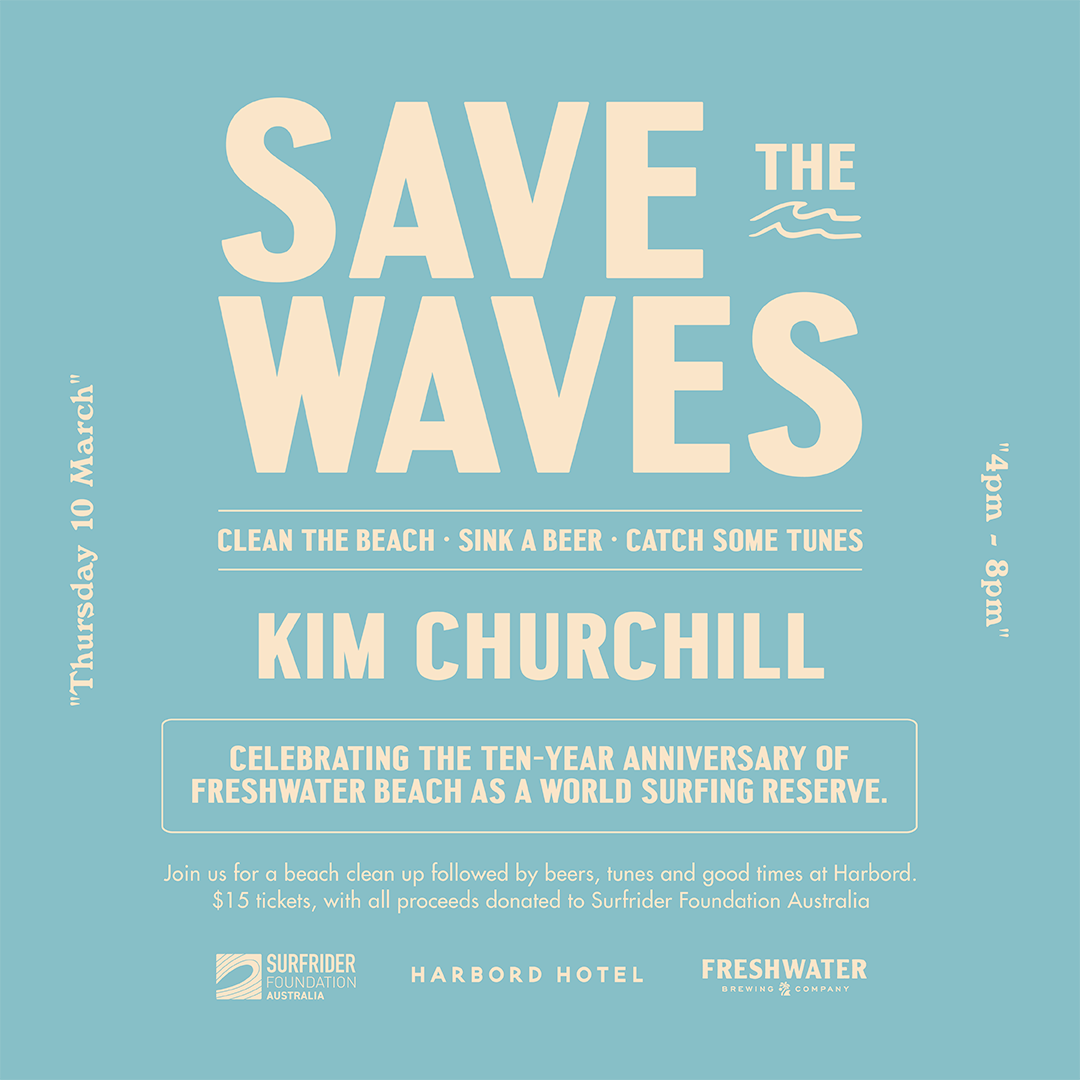