Having just dropped one of the best psych singles this year, we caught up with Space Carbonara to get a handle on their favourite licorice disks.

Driving from Sydney to Space Carbonara HQ, AKA singer/guitarist David Cunningham and guitarist Sean Dwyer’s secluded, tree-laden shack on the Central Coast, you get the impression you are heading into another world. It’s the place where most of the space-rock five piece’s music is born, and is fittingly a detachment from the mainstream that comes across in the groups latest jam ‘Sticky Baby.’

The thumping track, which is taken from their forthcoming LP Dolphin Man Returns, lives up to the group’s reputation as a high energy and extremely weird live act. “Sticky Baby is a song built from a melancholy feeling of giving up and a frustration at the world around me,” David says. “Throughout the album, different ‘characters’ come into play, which are more so emotions in living form, and ‘Sticky Baby’ is one of them.”

Space Carbonara are launching ‘Stick Baby’ next Thursday at The Lansdowne with supports from Kimono Drag Queens, Rosa Maria and Bullshirt – tickets and info here. Check out the wax pizzas that get them grooving below: 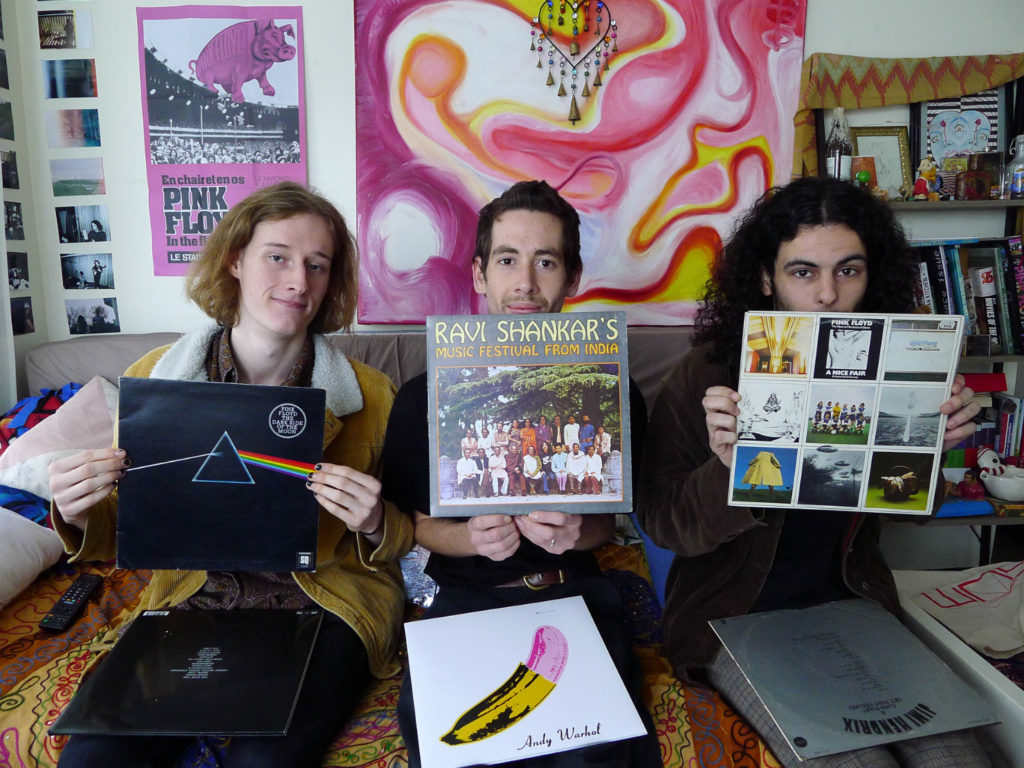 Pink Floyd – Dark Side Of The Moon

“This record was my mum’s and her brother’s when they were growing up. This album is what made me get into guitar and made me want to advance my learning and get into the cooked side of effects and doing weird shit. David Gilmour and Roger Waters are my two biggest influences for playing,” guitarist, Charlie Band says. “This album is a complete trip. You put it on and you grow into the album and evolve along with it.”

“This one is produced by Mr George Harrison, he’s there on the cover with his ‘om’ jumper looking all cute. It’s just insane, the whole album is ridiculous. There’s all these songs that are like ‘5/5/4,’ 14 beats, what does that even mean?” David says. “I picked it up for five dollars at a local record store and we put it on and we were just like ‘this is the best thing in the entire fucking world.’”

“I got this down the road for $15. It’s got all these cool photos and early stage ones with false teeth and wrapped in a blankets and stuff. I’d never seen anything like this before,” Sean says. “I feel like a lot of these songs, if they came out today we’d still be like ‘holy shit this is crazy.’” 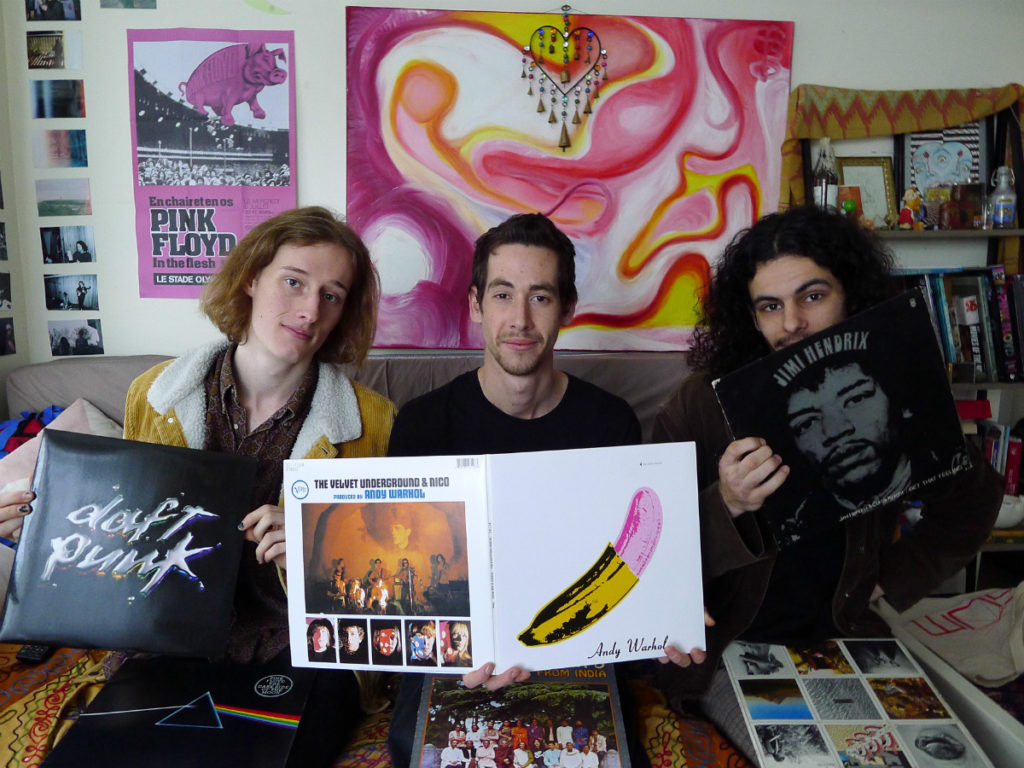 “This is the first record I ever bought. Daft Punk has most consistently throughout my life been one of my favourite artists. This album is really special, it’s very poppy but all the songs are different, and there’s nothing like it out there that I’ve heard. If there’s something that will make me feel nostalgic it’s this album,” Charlie says.

“Everyone knows this album. It’s so jarring and melancholic without trying to be. It’s a special album, very dissonant but beautiful and I think in that sense we take a cue from it. I have a big crush on Nico, everytime she sings I’m like ‘wow,’” David says.

“My parents got me this for 18th birthday, I know 100% that they only bought it because it has Hendrix’s face on it, but I don’t think they realised that it’s actually heaps rare,” Sean says. “It’s a posthumous record, and I’d never heard of it. It’s not on Spotify, it’s not on the internet anywhere. It’s from when Hendrix was just a guitar player for this band Curtis Knight and the Squires. It’s all these demoes of him ripping before he was even famous and every song is awesome.” 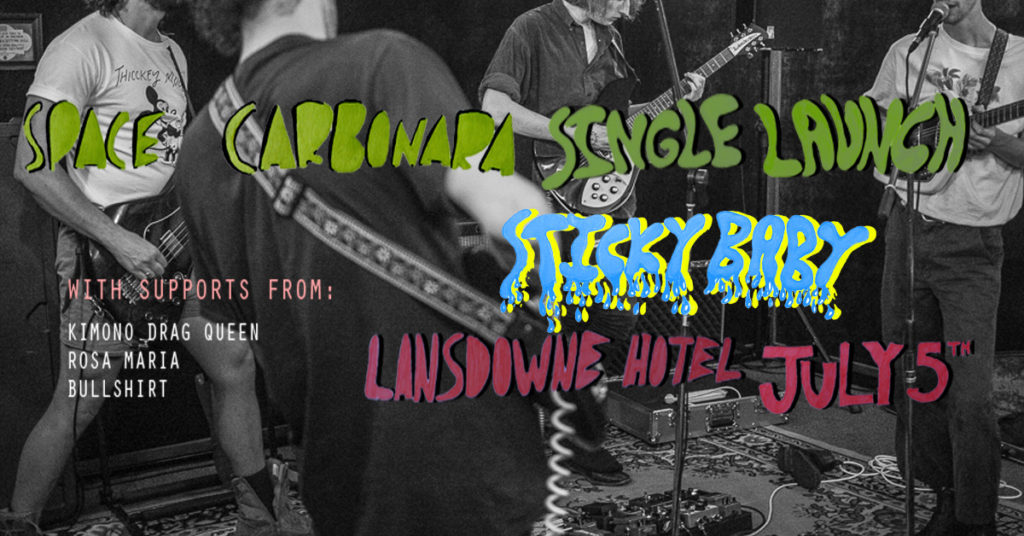