The Hollywood veteran filled his virtual cart with Crypto Punks and World of Women, among many others.

American actor Bill Murray has purchased 15 NFTs this week, after his own debut NFT collection sold out in minutes. The Ghostbusters star went on a virtual shopping spree yesterday (July 17), buying popular tokens including World of Women, DeadFellaz and CryptoPunk, the last of which cost him 78.9 ETH ($166227.73 AUD).

Elsewhere, the actor purchased a range of lesser-known NFTs ranging from VeeFriends’ Articulate Armadillo to Gutter Cats and Boss Beauties. The bulk buy comes a few months after Murray debuted his first-ever NFT collection, titled ‘Bill Murray 1000’. Launched in April, the collection sold-out of its first 81 tokens in minutes, and was distributed via NFT platform Coinbase.

‘Bill Murray 1000’ was created in collaboration with the website theCHIVE, with each token in the thousand-strong collection including either an anecdote, observation, memory or ‘Murray-ism’ from the actor’s illustrious career and life. Speaking of the collection, Coinbase’s website says “the NFTs cover a broad spectrum of topics ranging from how Hunter S. Thompson saved Bill’s life to the day he met future President, John F. Kennedy.”

While the first batch of NFTs, which went for 1.5 ETH apiece, have already sold-out, the remaining tokens of ‘Bill Murray 1000’ are expected to hit the virtual marketplace soon. Murray adds to a growing list of celebrities venturing into the NFT space, with fellow actor Kevin Hart last week teasing his own collection titled ‘Confessions From The Hart’.

For a complete look at Bill Murray’s crypto cart, head to his OpenSea profile here. 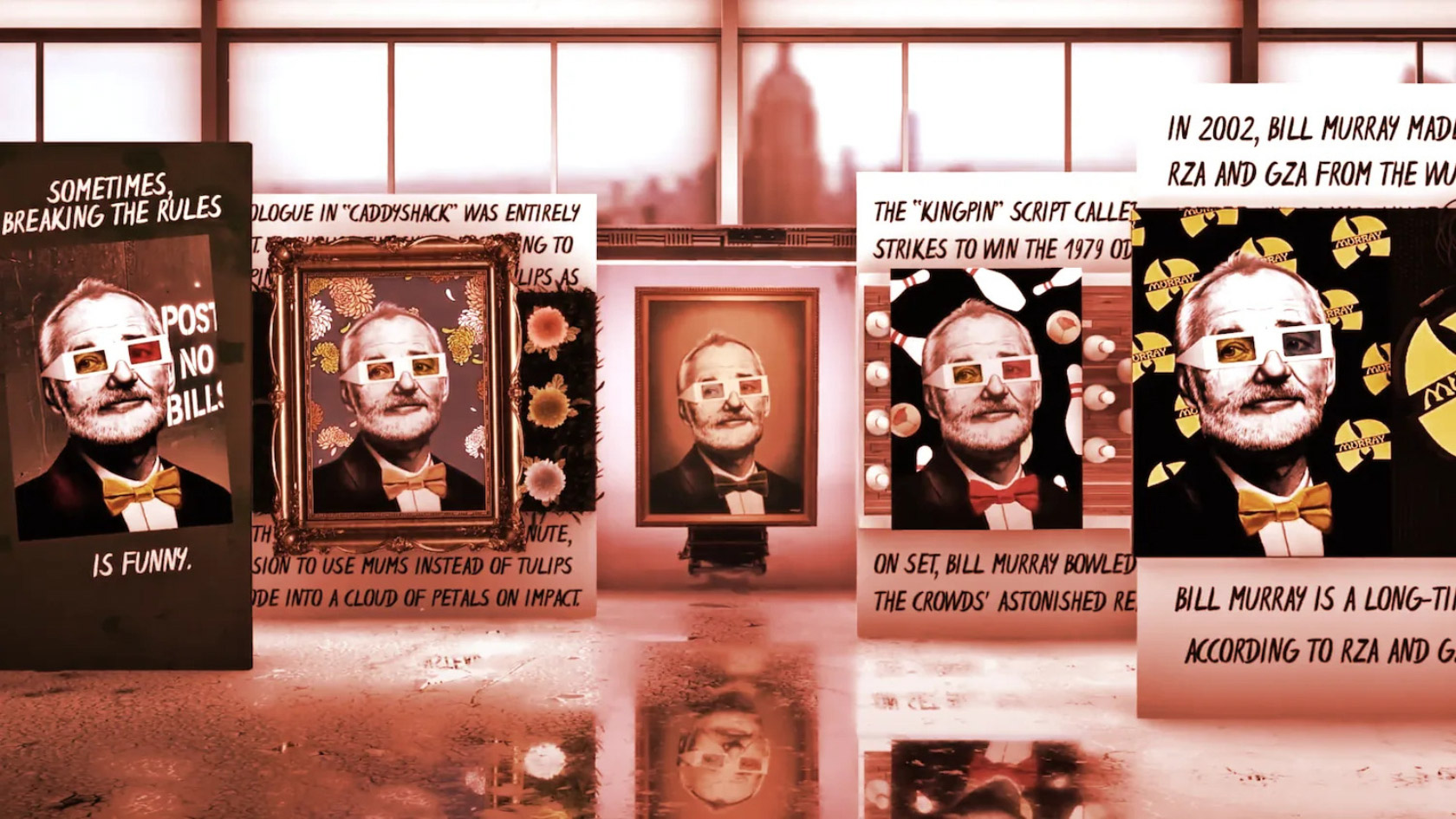